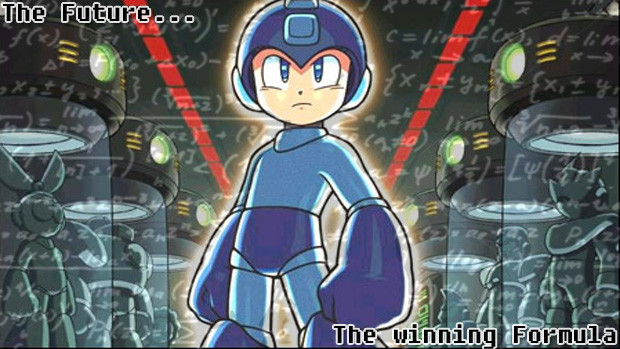 Evolution has always been a thriving factor in the videogame industry. Ideas and concepts are born from the minds of talented creators and made practical by entire teams of qualified artists and designers. However, there is a trend in our modern gaming universe that is eager to change and innovate upon different approaches of experiences. Be the virtual reality path adopted by Microsoft or the motion controls endorsed by Nintendo, videogame compagnies are trying harder and harder to make the games feel as they are real.

One common misconception, however, is that most of these ideas as revolutionary as they might be, suffer from the lack of ground and coherent use acquired along the years. Yet some videogames are able to achieve excellence and mass approval with rather primitive concepts and designs. How could these archaic games be successful in an era of forward thinking. It may appear that once you have found the winning formula, you can’t change what isn’t broken.

Let’s take for example the classical type of gameplay in videogames. Breakout is essentially Pong, put in a singleplayer perspective. One of the simplest ideas in videogame design, evolved into a great legacy still present to this day. Derivative of Pong, the game was able to cut in half, the primary principal of the 70’s classic.

However as simple as it may seems , a little over three decades later, Shatter was able to reinvent the genre with amazing graphical enhancements and gameplay innovations. The game transports the player throughout various angles of brick-breaking and adds clever boss battles using every bits of it’s core mechanic. Some might say that the suction physics in Shatter are groundbreaking however, many of the older Pong machines had a special button or reset key in order to deviate or curve the pattern of the angular trajectory. The current update that Shatter provides immitates basic concepts present at the genesis of the industry.

In order to continue our analysis, let’s take a trip to the glorious land of the rising sun to expose a revered little title. Xevious broke the standard immovable ship into a multi-directional control pattern as well as adding colorful backgrounds from below. Following the step of it’s forefather Space Invaders, the game brought the classical architype of the modern Shoot’em up.

A design still present in the most recent Japanese arcade titles such as Mushihime-sama Futari. Technically identical in their core designs these two titles are bounded together excluded from the deterioration of time. Xevious still plays as great as it was 27 years ago and so will it’s Cave’s counterpart. These two games represent the classic example of if isn’t broken , don’t fix it.

An aspect frequently overlooked in gaming is the integration of independent developers into the competitive market of the bigger publishing endeavors. As we’ve seen earlier on, a lot of modern games are directly inspired by the vintage years of the videogame industry. I MAED A GAM3 W1TH ZOMBIES 1N IT!!!1 uses this technique in a simple and effective way to relate to a broader audience and therefore acquires more recognition with a cheap price (Only 1 dollah) and an easily understandable control scheme.

This contributes a lot to indie developers in a perspective of getting their work known outside of the restrictive independent gaming scene and by using older designs into their primary works, such as Gaijin Games with the Bit.Trip. series and Capybara Games with their puzzle series they are able to get relevant exposure for acceptable costs.

As we have seen this year, the role playing game genre has evolved greatly in terms of narrative and complexity. However, from it’s early beginning in the first half of the 1980’s the PC game Rogue was able to contribute to one of the finest games of the last decade. Demon’s Souls picks up every bit of design present in Rogue and modifies the experience into a marvelous three dimensional dungeon crawler.

Eventhought the games clearly displays fantastic avatars, if you replace Demon’s Souls dragons and dark universe into a sequence of symbols much like in Rogue. Both games will essentially be the same yet, nearly three decades seperate them.

In conclusion, as we discovered many examples of this winning formula throughout our analysis, we can come to a logical understanding about the future of videogames. Althought the creativity is stagnant, the presentation however will always evolve and update these effective concepts by disregarding their seniority. What we are looking into in the short-term evolution of videogames is a decisive concept that is nearly three decades old and is still effective to this day. The winning formula is to many games, one of the safest and innovative way to stand the test of time and make players enjoy classical gaming architectures in our modern gaming world.