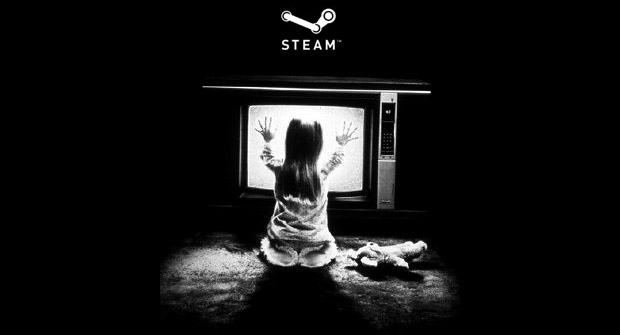 Highlights from ‘Reflections of a Video Game Maker’

We already covered one major breakout from Gabe Newell’s talk at The Lyndon B. Johnson School of Public Affairs at the University of Texas at Austin, which was that the top earner made $500,000 in a single year through the sale of Team Fortress 2 items they had designed. Now that I’ve had time to watch through the hour-long video, here’s another, describing the future of the company’s digital distribution platform Steam.

“Rather than having this curated store, we’re going to say, ‘Okay, if we’re thinking about this correctly, it really should be sort of a network API,” said Newell. “There should just be this publishing model — and yes you have to worry about viruses, and malware, and stuff like that — but essentially anybody should be able to publish anything through Steam.

“Steam is just a whole bunch of servers and a whole bunch of network bandwidth, and if the people are interested in consuming the stuff that you’re putting up there, then a collective good is going to be there. So rather than us sitting between creators and consumers, we’re going to get as far out of that connection as possible.”

Continuing, he explained that “Right now, in Steam, the store is privileged content. A store is like a collection of editorial perspectives on stuff. And what it should be is user-generated content. That means other companies might create their own stores that are connected to the Steam backend, but anybody would be able to create a store. And there’s some market-based mechanism for determining the price that a store gets to impose. But if you have a collection of games that you own and you play, and one of your friends decides to buy a game through your trivially created store, then you should get a percentage of that revenue.”

Fascinating stuff. For reference, Newell mentioned that someone like Ben “Yahtzee” Croshaw of Zero Punctuation would be a good fit for such a model. Of course, I wasn’t going to listen to him talk at length without taking some notes. I’ve rounded up the quotes that I found to be either funny, interesting, or insightful.

On Valve as a company

“We grow about 50 percent a year and have since we started the company.”

“We generate more Internet traffic than most countries. I think we’re the fourth largest bandwidth consumer in the world right now.”

“Titles in organizations keep people from properly encapsulating a problem at a point which allows them to be most productive.”

“Management is a skill, it’s not a career path.”

“Now we just say everybody designs their own office space. So our largest single room right now has about 80 people in it.”

“You have to be really aggressive about firing people [in a flat organizational structure]. We haven’t done a really good job with interns or new hires. It’s kind of a sink-or-swim thing.”

“There’s something we somewhat unkindly call the beaten-wife syndrome where people come in from other industries and really struggle. The worst are people from the feature-film industry, where they’ve been sort of taught that any time they show initiative, that somebody’s going to leap out and smite them for doing that. It usually takes about six to nine months for people to really internalize the model of the company.”

On designing single-player vs. multiplayer games

On Team Fortress 2 and game economies

“To be really concrete, ten times as much content comes from the user base for TF2 as comes from us … The only company we’ve ever met that kind of kicks our ass is our customers.”

“The most anybody has earned [from TF2] in a single year is $500,000, so they’re making content, selling it to other customers, and we have a revenue share with those people and their takeaway is $500,000.”

“Even though currently it’s a barter economy [in Team Fortress 2], we started having problems with liquidity … all of a sudden you had sort of weird little mini financial crises irrupting in your TF2 hat exchange.”

“You can’t just define productivity in terms of shit you give to a customer. If you’re just raining hats onto your customers, eventually, you’re probably going to suffer huge inflation.”

“We actually think something like being a really good player is a super valuable thing for the community. And the challenge isn’t that you’ve created value, the challenge is coming up with a monetization method for those people.”

“One of the biggest mistakes game developers make is to mistake a genuinely entertaining action by a player as hacking. The example game developers tell each other is when Lord British was killed during his first speech in Ultima Online, they rolled the world back rather than recognizing that it was the coolest thing that had ever happened in Ultimate Online. And they should have let that instance turn into whatever an instance turned into they killed of Lord British.”

“Right now, everybody thinks that we’re all going to get the same product. Our children are going to say ‘That is the weirdest thing I’ve ever heard of. Like, every one of my products are unique and different.’ That transition means that the sets of lessons that we’re learning today in the videogame space are probably going to be true of a much wider range of industries tomorrow.”