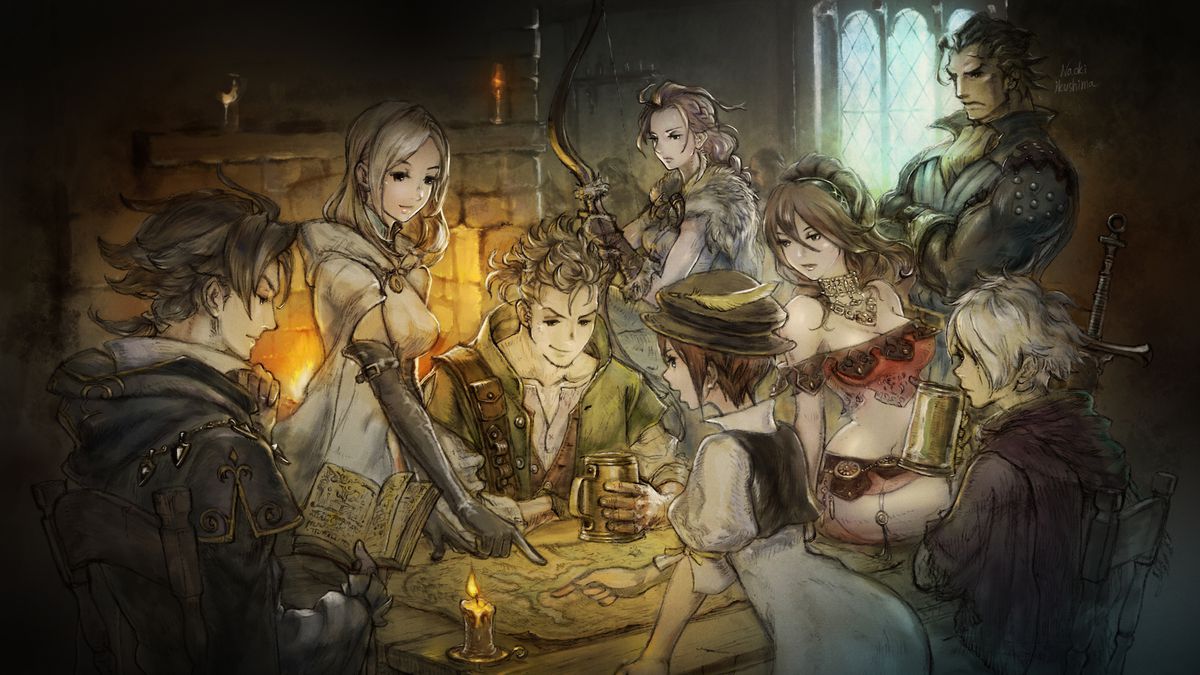 Octopath Traveler seems to be doing very well for itself, hitting high marks on the review circuit and selling well enough for Square Enix to consider it a success. So it’s time for oodles of DLC right? Well, no, but a sequel is likely at this point.

Speaking to RPG Site, Square Enix producer Tomoya Asano mused on the state of the game, which is looking more and more like a franchise every day. At the moment given that DLC was “not planned” they’re still not keen on it, but Asano did drop a brief hint on a sequel, stating, “we still cannot say anything concrete yet, but we’ve just started talks on how it ought to be.” He goes on to clarify: “our team has also become a division (the 11th Business Division), and we’ve obtained more staff members. I think we want to release some sort of game that can be enjoyed by everyone every year from here on.

Really, take your time. I don’t even necessarily know if a “sequel” is a thing that needs to happen, or if it even has to take place in the same universe. If Square Enix wants to make something like “Octopath Traveler Gaiden” and give us completely new characters, I’d be down for that.

Tomoya Asano talks about the future of Octopath Traveler [RPGSite.net]