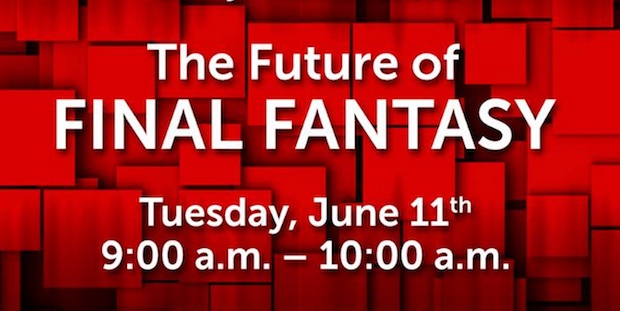 According to a pre-E3 invite we’ve received

We were just invited to see the “future of Final Fantasy” at a pre-E3 event scheduled to go down the morning of June 11, at about 9am. As soon as I saw the invite I immediately responded to Square Enix, most likely embarrassing myself. What can I say? I like Final Fantasy. People like to dump on the IP lately, but I’m not in that camp at all. I’m really looking forward to both Lightning Returns and A Realm Reborn.

Oh yeah. The news. Our invite says that we’ll get some Q&A time with senior vice president Shinji Hashimoto. This is the same man that told us that Square Enix is working on a next-gen Final Fantasy title back in Feburary at the PS4 announcement.

Say what you want, Negative Nancies. I’m ready for anything next-gen Final Fantasy.

For you fans, what do you think this will be?