Just take one of these (the picture above) and you’ll feel better in the morning! Just kidding, its going to take a lot more than a boy and his gryphon-bird … thing to save us from a future bereft of katamari’s, improbably sized bi-pedal tanks, and penguins with a propensity to saying “dood”. All in good time though; before I begin my main post I would just like to say…

Hello Destructoid! I’ve been following the community (HAWP, RevRant, various blogs, etc.) for some time now without feeling the need to make an account. Really had nothing to say about videogames that I couldn’t discuss with my circle of real life friends, but after discussing this at length with a friend I felt the need to blog and blog I shall. Me and my friend are of one mind on this subject — it ain’t what it used to be.

If I were to stack my catalogue in chronological order it would look something like this: 1992-1996 — An assortment of turn based strategy games, simulators and the PC port of Virtua Fighter (don’t ask.) 1996-2006 — JRPG’s by the hundreds, Shadow of the Colossus, and JP action games such as Zone of the Enders. 2006-2010 — PS3 exclusives developed in-house by Sony, Modern Warfare, Assassin’s Creed, and Dead Space. That rise and fall from 2006 to now really depresses me.

FEAR NOT THOUGH! There is a light at the end of the tunnel for crazy Nippon. In any case, with my introduction done let me just clarify a few things before I begin.

1) When I’m talking about Japanese Game Development I am referring exclusively to HD console development (PS3/360).

The Wii/DS/PSP JP development process is much like that of the previous generation so it never had to evolve in order to survive. Games like No More Heroes, Phoenix Wright, etc. exist soley because of the low cost environment of these platforms. (NMH wouldn’t be coming to any console if it weren’t for the Wii’s specs being mailed in from 2001)

2) Square-Enix’s FFXIII will not help in the recovery.

Everything I’ve seen from the latest and greatest from SE has slowly whittled my hype level down inch by inch. Culminating in the latest International trailer featuring Leona Lewis’s “My Hands” and such gripping dialogue as “So do you believe in Lady Luck now!?, YEAH! LADY BAD LUCK“, with not a hint of self-humor. FFXIII just seems to me to be the poster-child of bad JP tropes (Horrible localization being the biggest offender) and does not deserve to be the standard bearer of any resurgence from Japanese studios onto the worldwide stage.

In fact I believe Square-Enix as it currently exists is part of the problem, not the solution. I say this because 95% of what this company has done in the past decade has either left me seething with nerd rage (FFX-2, Star Ocean 4, anything tri-Ace has done while working with them) or left me feeling sad and empty. (Kingdom Hearts)

3) I have no bias against Western developed games.

Quite the contrary my first experiences with gaming are firmly rooted on the PC. Civilization, Master of Orion, and Dungeon Keeper encompass the high points of my childhood gaming. Despite my upbringing though JRPG’s and Japanese experimental games filled my teenage and early adult life. Where Civilization is the greatest game of my childhood, Xenogears is the greatest game of my teenage years. For me its the highpoint of storytelling in JRPGs, it demonstrates in excess some of the key strengths of Japanese focused games. (Rather funny considering my ire for the company who own the rights and if they chose to could make a sequel … which until they actually prove they don’t suck anymore I don’t want.) 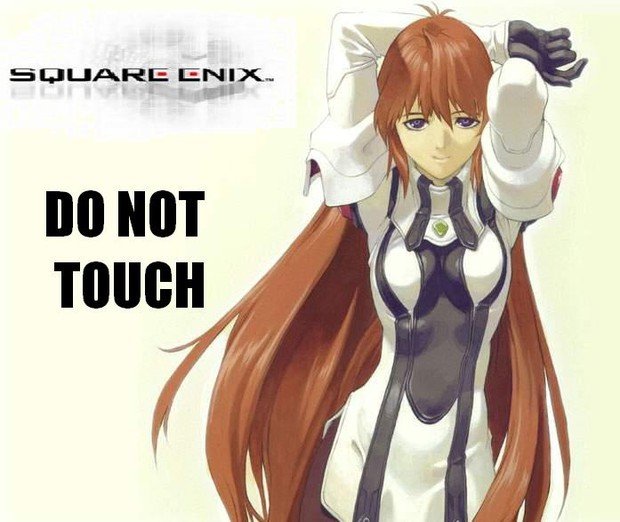 Yeah, I know I’m being hard on them. I feel its completely justified though. 1/2 this company during the 90’s brought Japanese RPGs and by extension the entire Japanese development complex into a golden age of creativity and optimism. Seeing as how doom and gloom parades over pretty much every studio from that neck of the woods now, with that in mind I can’t not point the finger and lay blame.

But yeah, its not that I want Japanese developers to completely monopolize the consoles like they did in years past, what I want is equality. 50% West 50% East. My ideal end game is that balance. I would hate to see the opposite of the situation happen 10-15 years from now. I have too much respect for studios like Naughty Dog, Gearbox and Bioware to bear seeing that.

Okay, enough rambling on, Japanese development is in trouble. The people need a hero to look up to and lead the way to the glorious future where the penis chariots are made of solid gold. Yes, I’m talking about the people who made a provocative form of suicide in real life not only look cool, but it remained cool for a game that spanned 100 hours or more. (A lot more if you bought the expansion) 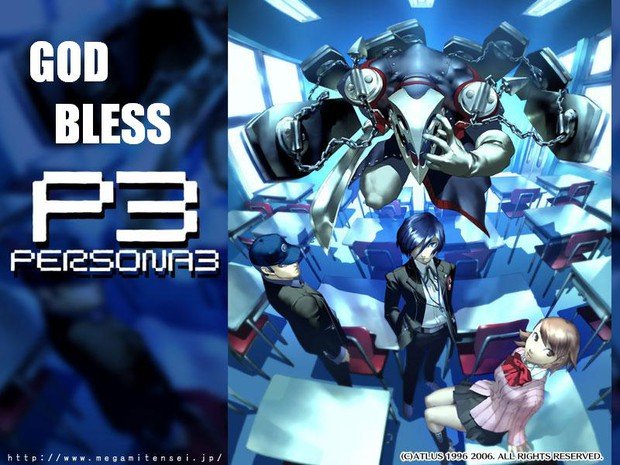 If there ever was a company that just got what people are looking for in games from our favourite bow-shaped island, it’s these guys. It is only fitting then that they lead the resurgence of these types of games onto the Sony and Microsoft behemoths. They have the support base comprised of their rabid fandom, a stable of wonderful projects and imaginative people who are not afraid to break genre conventions and strike out in their own direction and possibly the most important aspect of Atlus is their attention to the rabid community they have spawned. Such devotion ensures that any HD project they are involved in gets instant buzz and the fanbase serves to only increase that buzz through word of mouth.

One only has to look at the Persona series, their quasi-flagship brand of the latter half of the decade to realize what these components merged together are capable of. Persona 3 and 4 have become media darlings, Persona 3 Gamespot’s RPG GOTY 2008, and Giantbomb’s Persona 4 Endurance Run, and both have gone on to sell a respectable amount of copies worldwide. If VGChartz is to be believed, Persona 4 has sold in excess of 600,000 copies.

If they can keep up that sort of momentum and really revolutionize with the inevitable Persona 5, the series could finally break into territory that belongs to the likes of Final Fantasy, Dragon Quest and Monster Hunter. I know it sounds crazy, but I feel that if Persona 5 much like a certain From Software hit gets the right release window, attention it will explode the franchise.

With that strong in-house development, their corporate culture and the Atlus faithful they are in a position to best take advantage of the situation. Already they have leveraged their expertise to making a “niche” title a semi-blockbuster. I am of course referring to the one and only Demon’s Souls. Demon’s Souls is special, everyone knows this. Its a last stand for not coddling gamers, but actually challenging them to become better players. This is not why Demon’s Souls is so important though. Demon’s Souls is important because it is a JRPG that has transcended the genre. The trappings and tropes that are somewhat comforting to veterans of the style are nowhere to be seen. All that is left standing between you and fun is yourself (And hordes of demons). This is why Demon’s Souls is a success. This is where Japanese development needs to go in order to make its grand comeback. I don’t mean all Japanese games should be dark and gloomy, I mean they should break away from genre conventions and create their own conventions then perfect them. One only has to look at the quality difference between Demon’s Souls and Ninja Blade to understand how important this concept is. 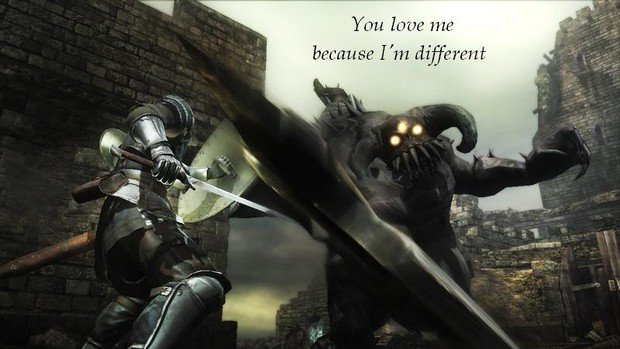 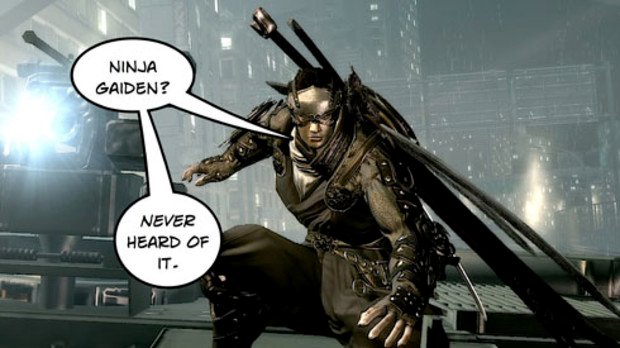 That said, I think if From Software moves away from their dried up cash cow (Armored Core) and embraces their part in the relationship that seems to be growing between Sony, Atlus and them the opportunities for all will be staggering. The combined financial and technical expertise of Sony/From Software and the localization and creativity powerhouse that is Atlus will begin the restoration. If 3D Dot Game Heroes becomes a success much like Demon’s Souls, it will be another solid step to that recovery. May it take a year, two or five Japan will make its return to grace. Baby steps people. 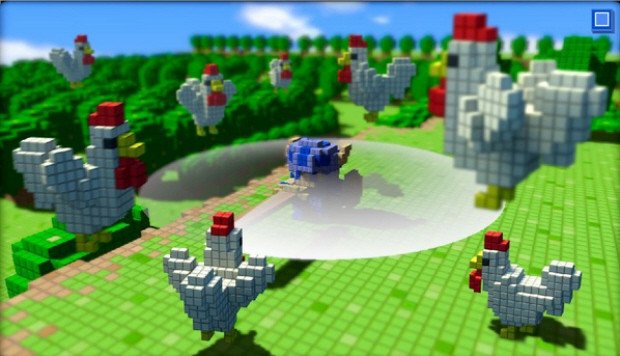 P.S. Didn’t realize that there was a monthly musing that happens to coincide with my topic. Honest!