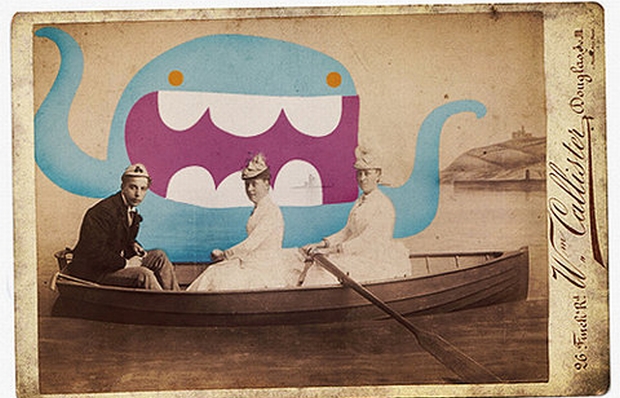 [Editor’s Note: We’re not just a (rad) news site — we also publish opinions/editorials from our community & employees like this one, though be aware it may not jive with the opinions of Destructoid as a whole, or how our moms raised us. Want to post your own article in response? Publish it now on our community blogs.

Also, seriously guys, find a header picture for your posts unless you really want stupid random pointless unrelated images I find myself for your headers. — CTZ]

To whoever finds this letter:

You are not hallucinating. At least, I hope you’re not. I hope you’re not crazy, either. This won’t do a whole lot of good in the hands of somebody who doesn’t have their feet firmly planted on the ground. I spent a lot of time and a lot of money getting this to you, whoever you are, and I pray it was well spent. This needs to get to the right people, people that can make the changes. I urge you, get this to them, or all of this will have been for nothing.

I hope this letter finds you well. In the accompanying envelope you will find a newspaper clipping from July 16, 2020. This is not a typo. Read it carefully. Treat it with the utmost respect.

The economic crisis that marked the first decade of the 21st century produced nearly ten years of global business catastrophe. Big businesses in the U.S. initiated slash-and-burn policies for their employees instead of their business practices, joblessness reached record highs, and the American way was threatened once again by the looming specter of the poor. Government response to the situation was at best slow and minimal, and at worst incompetent and counterproductive.

The economic collapse was only the first of many forewarnings that the cushy American way of life was well on its way to the grave. Families gave up modern conveniences, turning back the clock on their desires and humbling themselves and their way of life. It was the end of an era.

Many industries experienced hardship as a result, but none more so than the so-called “gaming” industry.

The rise of videogames and videogame culture was one of the hallmarks of the early 21st century. Advances in various technologies were made possible almost entirely by the millions of dollars shelled out by the techno-savvy market. Companies like Microsoft, Sony, and Nintendo spent billions on research and development of digital entertainment centers, online communities, and product services. Not to mention the millions spent by companies creating games and other media for those consoles.

Many claim that the beginning of this era of expansion of videogames into popular culture began with Sony and the PlayStation 2. While the success of the original PlayStation was phenomenal when compared to its competitors of the age, it simply could not hold a candle to the market generated by the PlayStation 2. This market only expanded further with aggressive marketing, and the climate of economic growth that allowed families to purchase such expensive pieces of equipment. With games firmly entrenched with the youth, videogame consoles became a mainstay in many households with children. Their devotion to the product only served to strengthen profit margins in the industry, spurring it into further development cycles with even larger goals in mind.

The Birth of a Titan.

The next major change in the market began with the Xbox 360. Microsoft’s amazingly aggressive strategy allowed the company to produce consoles and sell them at an astounding rate for a surprisingly reasonable price. The resulting market penetration was astounding, and the early release gave Microsoft’s little white box a chance to seal the next decade as its own, but that simply was not to be.

Neither Sony nor Microsoft could contend with the unique strategy of Nintendo. The Wii entered American stores on November 19th, 2006, and was an instant hot commodity. With units hard to find for years to come, Nintendo had entered and essentially won the war. They had single-handedly created the largest video gaming market in history by taking the pastime into the public arena more successfully than their more traditionally designed competitors.

The Beginning of the End?

No one realized it at the time, but this was the swan song of the games industry as we knew it. The aggressive strategies employed by Microsoft and Nintendo created an entirely new generation of gamers, called the “casual” generation. The reach of videogames had been extended, and the income from their efforts was massive.

This new market led to incredible innovations in technology. Competition, of course, always breeds innovation but the sheer number of technological advances made as a result of this new market was and continues to be absolutely spellbinding. Billions of dollars coming in from this new generation of gamers, eager to get into the “lifestyle”, paid off for more than just the gaming companies. Computer design colleges sprung up like wildfire as new game studios opened and demand for fresh talent increased. Educational advances in technology studies were pioneered, and an entire generation of already computer-savvy individuals became the workforce of their tomorrow and our today, computer techs, programmers, graphic designers, assembly line workers, and R&D specialists.

However, what goes up must inevitably come down.

The games industry had exploded far beyond its means. The sheer number of small businesses which came into existence, eager to cash in on this new exploitable market is staggering. The amount of them that went bankrupt when gamers across the globe began to tighten their belts, albeit gently, is similarly staggering. The mass migration of blockbuster titles from 2009’s winter season into the first half of 2010 was the first true warning sign that the industry had expanded too quickly. The sheer amount of titles available and being released coupled with a standard price tag of $60.00 U.S. left gamers with little in their wallets. This, coupled with aggressive legislating in some countries and principalities made it that much easier for the average individual to write games off as a pastime rather than a devotion. Over time, the desire for games simply waned as the average individual had to make the decision between paying the water bill or picking up the next big title.

Rapid expansion coupled with poor economic conditions created the perfect storm in the gaming market. With only one or two major titles being released yearly and development costs skyrocketing into the millions, many game companies were forced to close their doors. In an ironic twist, the lack of interest in games actually had a further negative impact on the market; as demand for games dropped, so did the demand for jobs in the industry. The mass layoffs continued to contribute to scarce markets for gaming, reinforcing the cycle each year until finally the whole industry collapsed in 2019.

Many game designers and programmers are now sleeping on the streets, with nowhere else to go.

It was the industry itself which crafted its own demise. It expanded with such velocity such force that it was simply incapable of supporting its own weight. When the status quo of expansion finally came to an end, the crushing costs of operating a gaming-centered business finally came to bear. An inverse to the economic conditions which forced small studios to shut down in 2008, 2009, and 2010, it was larger businesses which suffered the harshest losses last year when the industry collapsed.

The future of the industry is uncertain, if it can even be called an industry today. Small groups continue to program and release games, but the medium is nowhere near as popular as it once was. There is simply a lack of will among the large companies to open their doors back up to the gaming market, which nearly destroyed them. Nintendo, the powerhouse of the industry, nearly went bankrupt as the gaming market in the U.S. shriveled into nothing, severely damaging the company’s income. Sony was able to bounce back after their losses, out of pure luck that they were only able to penetrate a fraction of the market available thanks to poor marketing and strategy. Microsoft came out of the collapse in the strongest position, thanks in no small part to its household status for computer software.

It would appear that the games industry may suffer on, though as a shadow of its former self. Back to its origins; men and women both young and old sitting in a garage somewhere, typing away on a keyboard before burning and sealing a disk in a dime-a-dozen jewel case with a handwritten cover and a one-page manual.