I’m not a fan of digital distribution. Don’t get me wrong — It’s not like I refuse to acknowledge that there are some tremendous benefits to downloading games instead of buying physical copies, because there obviously are. I just don’t feel that this is the best route for the industry to take. I believe the negatives far outweigh the positives here, and that digital distribution could possibly completely ruin gaming in the long run.

Be that as it may, however, it seems like gaming is headed in that direction. The PSP Go just launched, and it’s been getting a lot of attention. Love it or hate it, it’s being talked about — It’s most apparent feature being the complete lack of a UMD drive. You’re not even given a choice of whether or not you want to play physical copies of PSP games on the Go — You simply cannot do it. Your one and only option is to download these games straight to the handheld itself (or a PS3 or PC, transferring it after the download is complete), and then you can play the game(s) the same way you would on any other gaming platform. No Internet? No games. Better go grab your Game Boy.

Sony started pushing for digitally distributed games with the PS3, too — Warhawk, SOCOM: Confrontation, and Siren: Blood Curse are all full PS3 games that are available as downloads. In North America, Siren is available exclusively as a download. Microsoft has also been expanding its Games on Demand service for the Xbox 360, and there are quite a few full 360 games available from them, as well.

The thing that scares me the most is that it’s not only the gaming industry that’s looking like this — Netflix is also changing how we get our movie rentals delivered to us, and devices such as Amazon’s Kindle are even digitizing books. Everything is going digital. I may be a tech geek, but even I’m starting to see that this is becoming a potential problem. Digital distribution may be the ultimate form of convenience, but is that convenience worth sacrificing longevity?

If you look at the way downloads are handled right now, you won’t see much of a problem. There may be an issue or two here and there, but overall, it’s nothing to worry about. The PSP Go offers downloadable games with the press of a button, Steam will keep your entire collection of PC favorites all in one spot, and all of your Xbox Live and Virtual Console games sit safely on your consoles, and can be switched between whenever you’d like. No disc swapping, no scratched media to worry about… Life is good.

See, when it comes to the download-only media, my fear doesn’t stem from the present — It comes from thoughts of the future. I grew up with an original NES in my house, and I started playing it when I was two years old, twenty-two years ago. Up until a few years back I had that same NES, and it worked perfectly, just like the day I got it. Now, close your eyes and take a look into the far future — I’m talking about when the PS3, Wii, and Xbox 360 will be considered retro. Do you really believe that the online services of those three companies will still be around? I’m almost willing to bet money that they won’t be, at least not in the same forms that we currently have available to us. So what happens if stuff gets deleted from your consoles, or if you buy them used from future-eBay? If the online services are down, how are you going to be able to get games? Our current consoles support physical media, yes, but what about consoles that are going to be released in what I believe will be the near future? When those consoles are long gone and you want to go back to relive some of the memories you had with them, you’d better pray your hard drives didn’t fail, or that nothing was accidentally deleted, because that will be that. You won’t be able to get any of the old games that were released for the consoles because the distribution services will be completely gone. 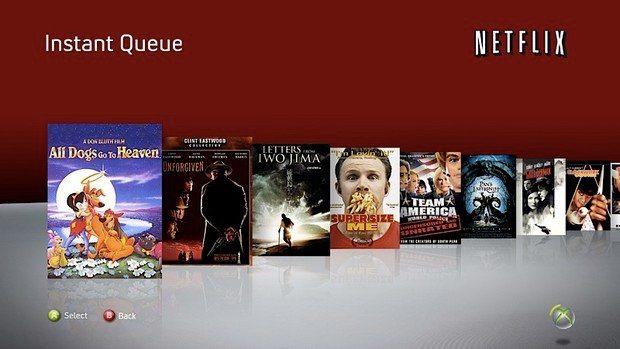 You think gaming looks bleak? Let’s take a look at movies. As I said above, Netflix offers streaming movies to all subscribers. This isn’t your only option right now, since you can still get physical DVDs in the mail, but let’s be realistic — Streaming movies will be the only format available before long. This means that if you don’t have Internet access, or if you’re just having issues with your connection at the time (like I am as I type this), you won’t even have the ability to watch a movie to pass the time.

What’s even worse is those digital copies of movies that companies seem to love including with Blu-ray discs. Did you know they actually expire? Yes, your movies which you’ve purchased legally can expire. I’m not sure if this happens after you redeem the codes and actually download the movies, but the fact that you have a limited time to claim something you paid money for is ridiculous, and is as close to stealing as legally possible on the parts of the movie companies. And again, what happens if your hard drive fails? Your digital movie is completely gone, and you can’t ever get it back because the redemption code has already been used. If you don’t have a physical copy of the movie lying around somewhere, you’ll have to shell out more money to obtain yet another copy of the exact same thing. On top of all this, not all digital copies work on all digital video players, meaning you may not even have the physical equipment to play your own movies! It’s no wonder piracy is running rampant nowadays.

There are two huge, overarching problems that digitally distributed games, movies, and any other form of media all share — The first one is one that we here at Destructoid know well. Three words that are the bane of our existence, and that we are constantly seeing in the news because of how many problems are caused. Be prepared to shield your eyes… 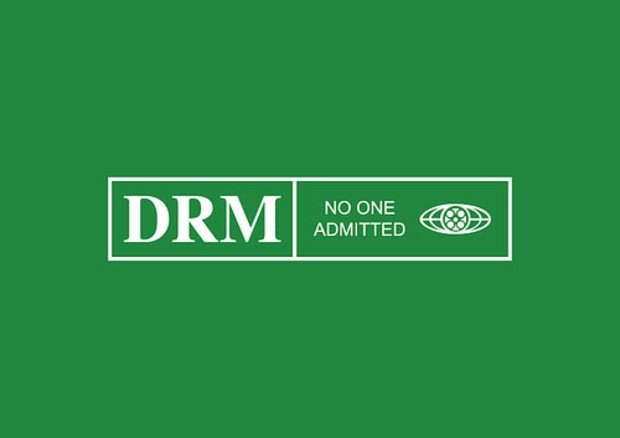 DRM has a noble purpose — To prevent the theft of digitally distributed content. Unfortunately, it’s become the biggest pain in the ass ever invented. Thanks to this “safety net,” it’s virtually impossible for us to bring our games, movies, etc. to friends’ houses, or to even transfer them to different machines if we don’t have our accounts on all of them. What if I just want to show a friend or family member a game or a movie that I just picked up? I don’t think I’m going to want to haul an entire game console or computer to a different location if those same devices are already waiting for me at my destination, yet that’s exactly what will have to happen. Because those files are sometimes locked not only to my online accounts but to the hardware itself as well, I’m stuck carrying a bunch of equipment all over Creation just to show people outside of my own house something that should be able to fit in my pocket. Again, most of the issues surrounding DRM can be avoided by having an active Internet connection, such as downloading games through Steam. But if Steam games aren’t 100% updated, then you start to have an entirely different batch of problems, the least of which is a connection issue you may be having with your provider. There are far more problems present with DRM than I can even list without turning this blog into more of a rant than it’s already become, so I’ll let you do the research.

The second enormous problem that will probably never be fixed is the fact that once you purchase digital content, it’s yours forever. You can’t trade it in at GameStop, you can’t put it on eBay… Hell, you can’t even give it away most of the time. This is especially bad when it comes to games, because if there’s no access to a demo or trial of some kind, then there’s no way of trying the game first. Some places like Play N Trade let you try games before you buy them, but it won’t be happening if the games are all digital — You’ll have to just blindly throw your money at the developers and pray that you like what you just paid for. Sure, there will always be reviews of every video game and movie released, but there’s this little thing called an “opinion,” and not everyone shares the same views. The only real way to know whether or not you’ll be willing to spend your money on something is to try it out in some form before the money leaves your wallet, and not being able to go out and rent games (and eventually movies) isn’t going to make it easy.

Digital distribution is excellent if it’s something that’s used as a side service. As the main form of content distribution, however, nothing good can come from it in the long run. Nothing will ever be able to replace the simplicity of putting some form of physical media into the machine it was meant to be used with, but something tells me that this fact isn’t going to stop the electronics giants of the world from trying as hard as they can.