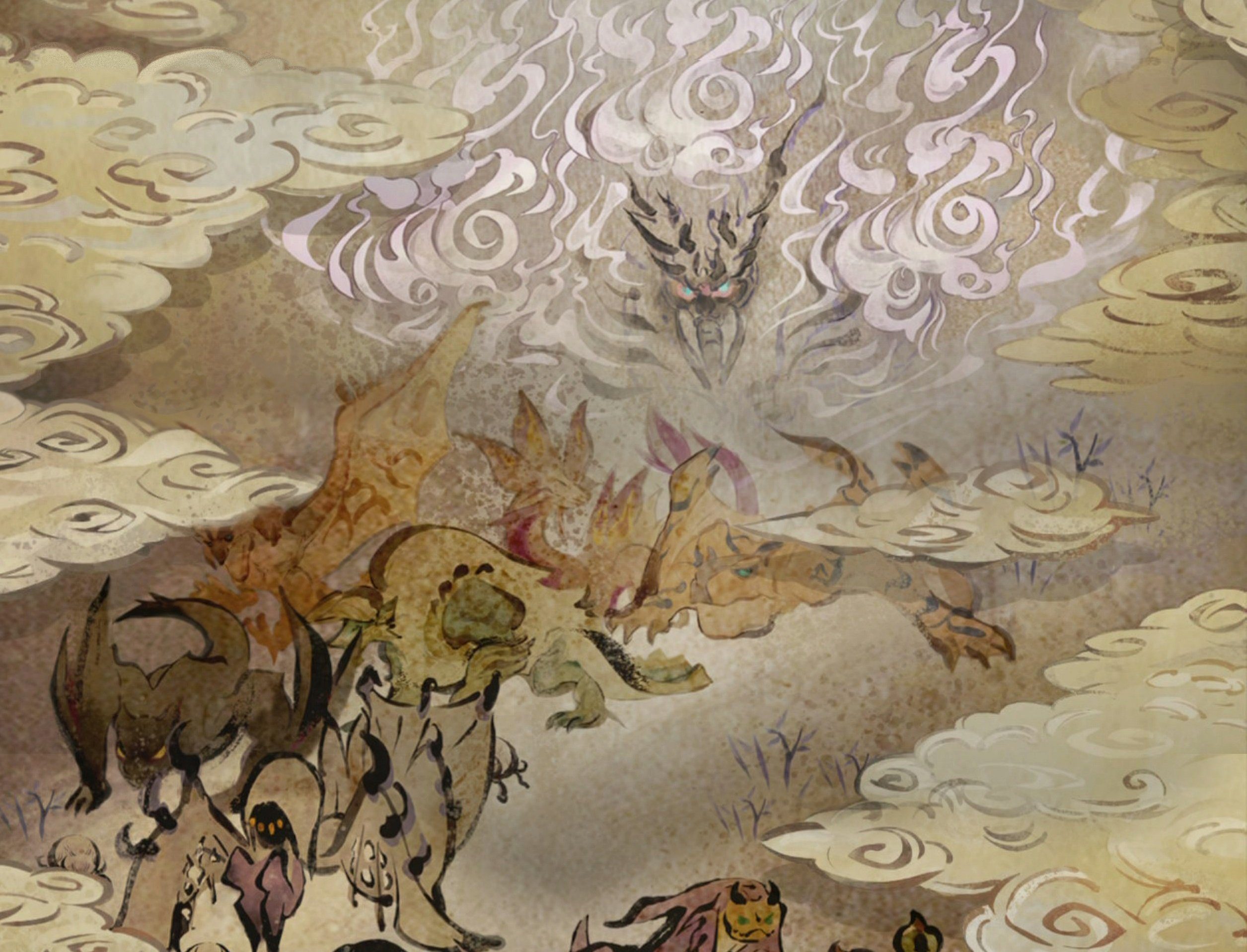 That’s partly why it’s won the favor of the gaming community these past few weeks, all told. The universe is so full of life, and the Wirebug mechanic allows players to explore that to the fullest, unlike any prior Monster Hunter game. We get to bask in it on a constant basis.

Reddit user Surrealz knows this, and managed to create a gigantic rendition of the game’s scrolling loading screen. So basically, remember the art you see when the game loads between hunts? The ukiyo-e style monster images? Well, Surrealz screenshotted all of that and pasted it together with Photoshop.

The result is stunning, and tells a story. I love how you start at the lowliest archer, then slowly rise (ha) up and witness the townsfolk fighting off an entire invasion; not unlike the Tower Defense-esque Rampage mode in the game. Also seeing the Magnamalo at the end is glorious.