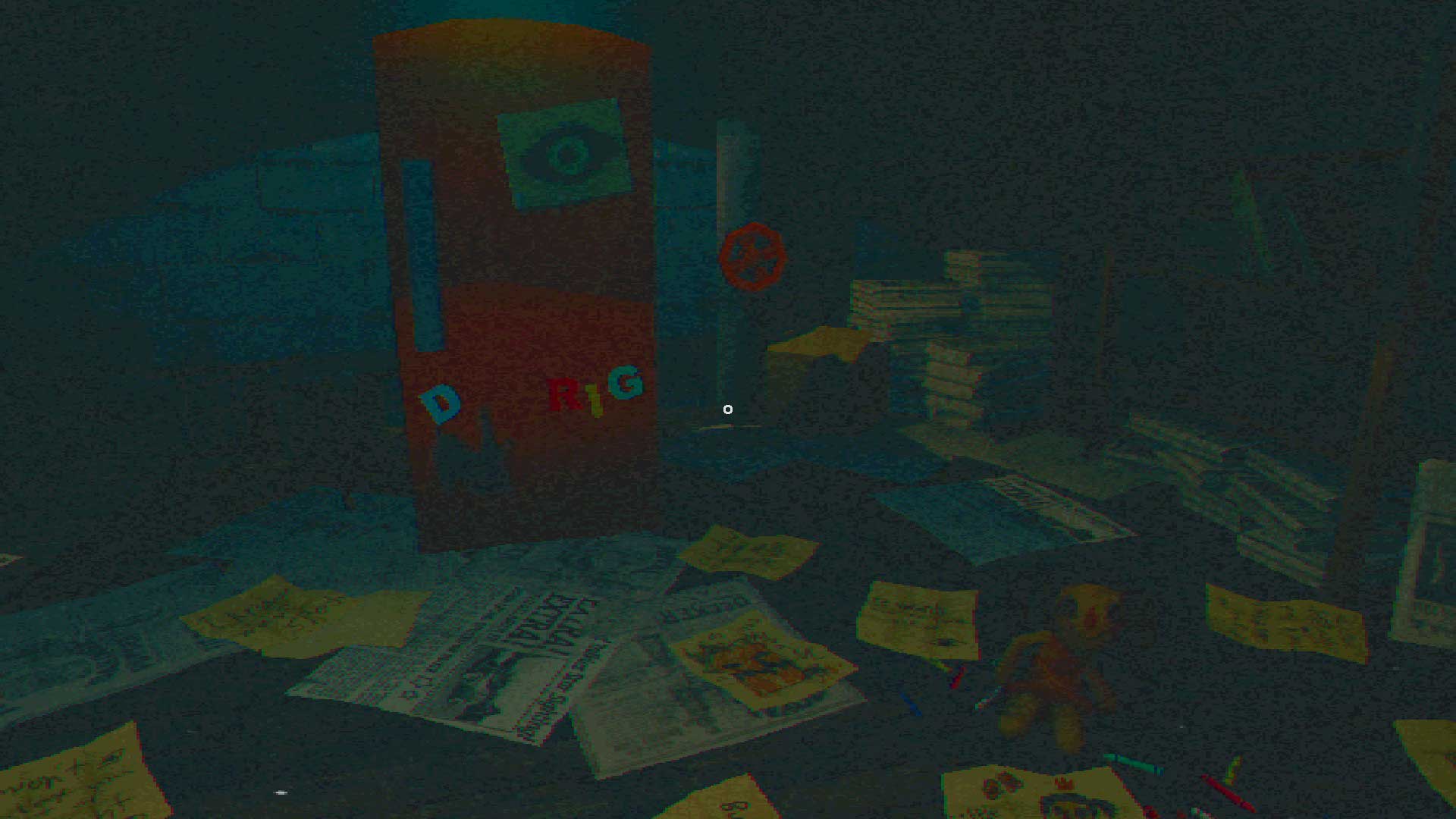 The lo-fi horror game scene is lighting up, and even as the short and often experimental games accumulate, I don’t think we can have too much of a good thing. A new PS1-inspired psychological horror experience called The Fridge is Red is making the rounds with a demo on Steam ahead of a full launch on September 27. It’s worth a look!

Part of my interest stems from the peculiar name, but as a Creepshow fan, I also like the premise of a horror story anthology confined to a single video game.

The demo has two slices to check out — one where you’re forced to rummage through loose papers looking for magnets while an ominous fridge and a doll inch toward you when your head is turned, and another set in an office building with too many eyeballs.

According to publisher TinyBuild, the full version of The Fridge is Red will have six episodes, including “abandoned hospital hallways, a frozen remote highway, a dreadful cemetery, and a cursed elevator descending to the true depths of hell.” The demo is a good teaser.

Are you gonna finish that?

“With all the positive feedback we’ve received from audiences, we are motivated now more than ever to fully realize The Fridge is Red,” said Artem Kudriashov, the lead designer at 5WORD Team. “We will continue to polish and finely tune this new entry in the horror genre to bring a new mysterious twist to players looking for a thriller experience.”

Do not play this game if you’re opposed to confused squinting from time to time, as certain thickly-layered atmospheric scenes are intentionally tough to make out.

But do look into it if you’re on board for a creepier-than-expected low-poly horror game. I’d also say that going off the demo, the content is less seedy and outright gory than other indie horror titles out there — relatively speaking, of course. It’s got some nastiness.

It’s wild what your imagination (and good sound design) can accomplish together.