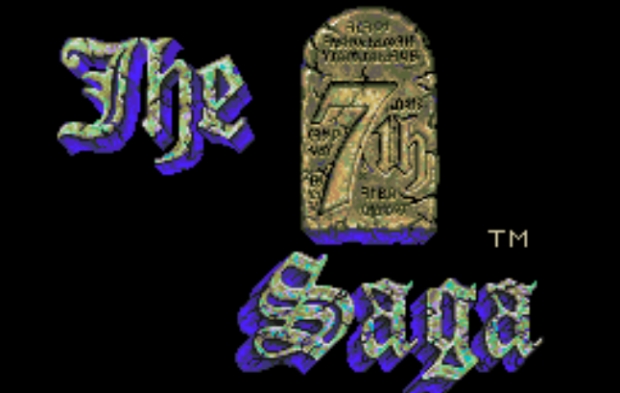 Whenever I hear the phrase “games time forgot,” I always think back to one of my first SNES games — The 7th Saga.

Sometime circa 1994 or 95, my brothers and I were given an SNES for Christmas (an SNES I still have to this day.) Our present also had two games: Super Mario World and Donkey Kong Country. However, one of my dad’s friends from work had an SNES. Being a kindly gentleman, he gave us a basket of games to borrow including: F-Zero, Out of This World, and The 7th Saga. Now I could write my post on OoTW, but it was really difficult when I was younger so I didn’t play it much.

But The 7th Saga … I played that game for hours on end. It’s an RPG developed by Enix before they became Square Enix. You can choose to play as one of seven different protagonists, each with different move sets and stats. There’s a human knight who is pretty well rounded, a magic using elf, a priest, a demon, an alien, a dwarf who’s similar to the human, and Lux — 5000 year old robot of a “race” called the Tetujins.

The wise benevolent ruler, King Lemle, has called these seven adventurers together to go on a quest for him to find seven magical runes. (The number seven is quite prominent in this game. Hence the title.) You had to explore different continents and towns trying to find these runes. What was interesting about this game was the fact that you would encounter the other six characters in different places. Some of them would join your party. Others would try to kill you. And in one instance they actually beat you to a rune first and you have to revisit places looking for them to take it back.

The RPG battling system is pretty standard, but to my seven or eight-year-old mind, it was amazing. I loved the turn based system and the different attacks and spells your character would learn. My favorite character was Lux. He had amazing defense, good offense, and a couple of semi-useless Lightning and Laser spells.

The big twist comes after your character finds all seven runes. You return to King Lemle and give him the runes. Surprise! He’s actually the main bad guy who almost destroyed the world 5000 years ago. He went to the future (your present) and stole Lemle’s identity. He uses the runes to restore his power and zaps you with lightning. You wake up in a strange place and find you’ve been sent 5000 years in the past.

And really, that’s as far as I got. Not afraid to admit it, but I never finished this game. Thanks to YouTube and Wikipedia I found out the real ending to the game, and it was about what I expected although a little anti-climatic. Here’s a video of the final boss and the ending.

Here’s why I never finished it. The game is balls hard! You spend hours and hours grinding enemies just to level up your character. In fact, it was so hard and time consuming that by the time I was about nine, I went out and bought a Game Genie so I could cheat and get farther in the game. I made it so I started with 255 (the max) ATK and DEF and 999 health. Guess what? Even that isn’t enough sometimes to get through! By the time you go to the past, there are enemies that have one hit kill spells and they could still decimate my overpowered character (though not as often as before).

Despite being extremely difficult (read unfair), the game is one of my favorite RPG’s and really was the genesis for my love of the genre. The story was engrossing and all the places you got to travel were fascinating. You actually explore the ruins of where Lux and the Tetujins were created in the present and then you get to see them alive in the past. Little touches like that really made the game stand out to me. In my mind, it clearly falls under the category of “Lost Classics.”