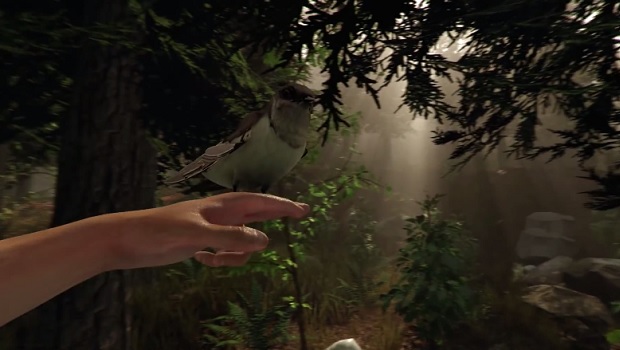 Come closer and see, see into the trees

The Forest is one of the more intriguing titles to come through Steam’s Greenlight program but all we’ve known about the title itself is that it’s an open-world horror game. Set in a forest. Thankfully we’ve got some more details from a Eurogamer interview with developer Endnight Games. Players will control the survivor of a plane crash, lost in a lush wilderness who just has to survive. Trouble is there’s some pesky cannibals in the forest and they’re peckish.

“We wanted to create a world where we could drop the player into and give them free range to do whatever they want,” explains creative director Ben Falcone. “Similar to something like Minecraft where a lot of the fun comes from decisions that you make.” Endnight is attempting something really ambitious here; an open-world survival game that has an ending, but not necessarily one you’ll find. Players will compete for leaderboard status and will see who can last the longest.

My main concern with the idea of melding a vast playing area and horror comes from pacing; really good horror works when you get periods of calm before sharp jolts of terror. Giving the player freedom to explore and take the game at their own pace might be rewarding but may lessen the impact of the scarier aspects of The Forest. Still I’m excited to see how more of the game and there’s a beta due in a few months that I’d like to get my hands on.