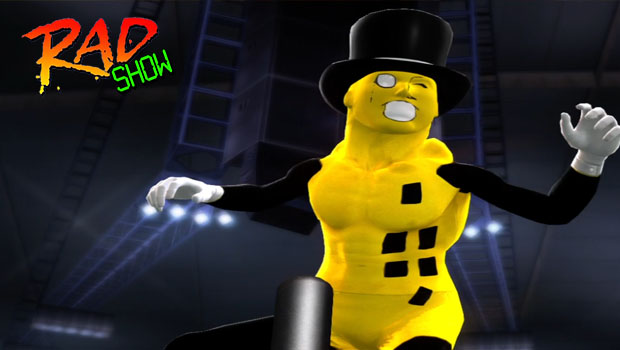 It’s that time again for another series of wrestling gaming over at the Rad Show. I recently reviewed WWE 2K14 and haven’t put it down yet. So as in Rad Show fashion, we’re going to play it, probably break it, and have a blast. It’s what we do best.

If you’re curious, come on over and watch as I showcase the game some, and then we play mad scientist as we pit some of the strangest characters to fight to become the Rad Show Champion. If you’re a fan of Richard Karn, he’ll be showing up as well. Tool Time *manly grunt*. Who knows, he might actually go after the Undertaker and his streak.

What sort of Pop Culture Icons would you like to see created for future WWE 2K14 shows?