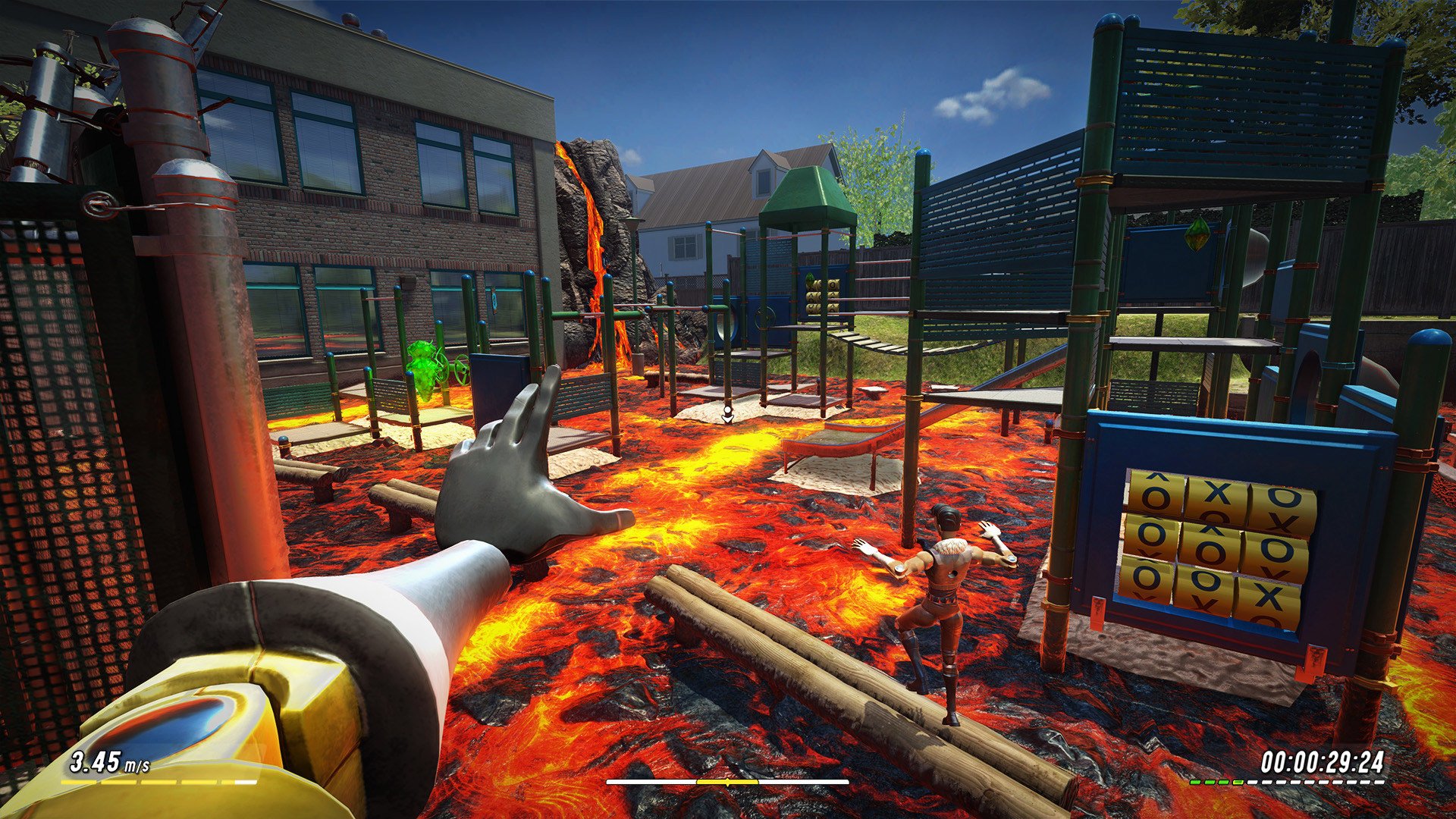 At long last, The Floor is Lava: The Video Game is almost here.

Don’t Starve developer Klei Entertainment is putting the final touches on Hot Lava, a first-person parkour game that we first started following back in 2016. It looked neat then, and it still looks neat now (not that I’d expect any less from this studio). Along with an Apple Arcade release this year for iOS, Apple TV, and Mac, Hot Lava is also coming to Steam on September 19, 2019. That’s so soon!

Aside from the pure mechanical hook of running, jumping, swinging, and sliding through obstacle courses, there’s also a surprising amount of world-building for a game that could otherwise speak for itself, to a certain extent. Klei’s really leaning into the whole “childhood nostalgia” angle. Case in point:

The team has been concentrating on controls, frame rate, onboarding, and a Basement world since the most recent beta test. “The beta may be over, but we aren’t quite ready to call it quits yet,” Klei wrote. “We will continue updating the game post-launch with new content, bug fixes, optimizations, and more.”

I honestly wasn’t sure what was going on with Hot Lava up until very recently when its name resurfaced for Apple Arcade, so it’s encouraging to see it in the spotlight again with an imminent PC launch.