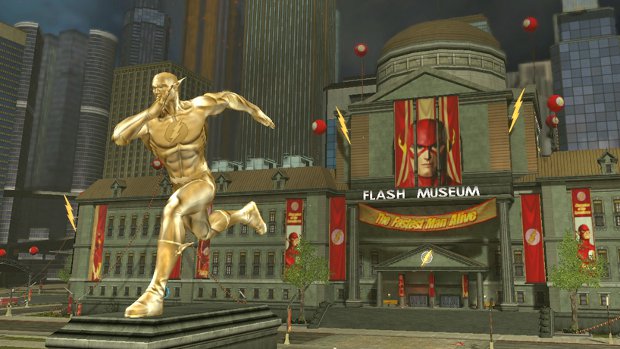 DC Universe Online, which is now free-to-play, is doing well enough that Sony Online Entertainment is releasing more DLC, which will feature The Flash. The Lightning Strikes content will also have new costumes, characters, electrical powers and a new map of Central City. While the launch date is vaguely set for this year, but the price has been set for $9.99 for all but the Legendary players, who will get it for free.

If you own a PS3 or PC capable of running this, there isn’t much reason not to at least try DC Universe Online, considering that it won’t cost you anything more than your time. As a bonus, if you enjoy the basic game and want to enjoy extra content, it won’t cost you very much at all.