Survival of the fittest

I bought The Flame in the Flood when it released on Steam last year. And while I only played for an hour or two, The Molasses Flood’s debut resonated with me thanks to its melancholy vision of a post-societal America. 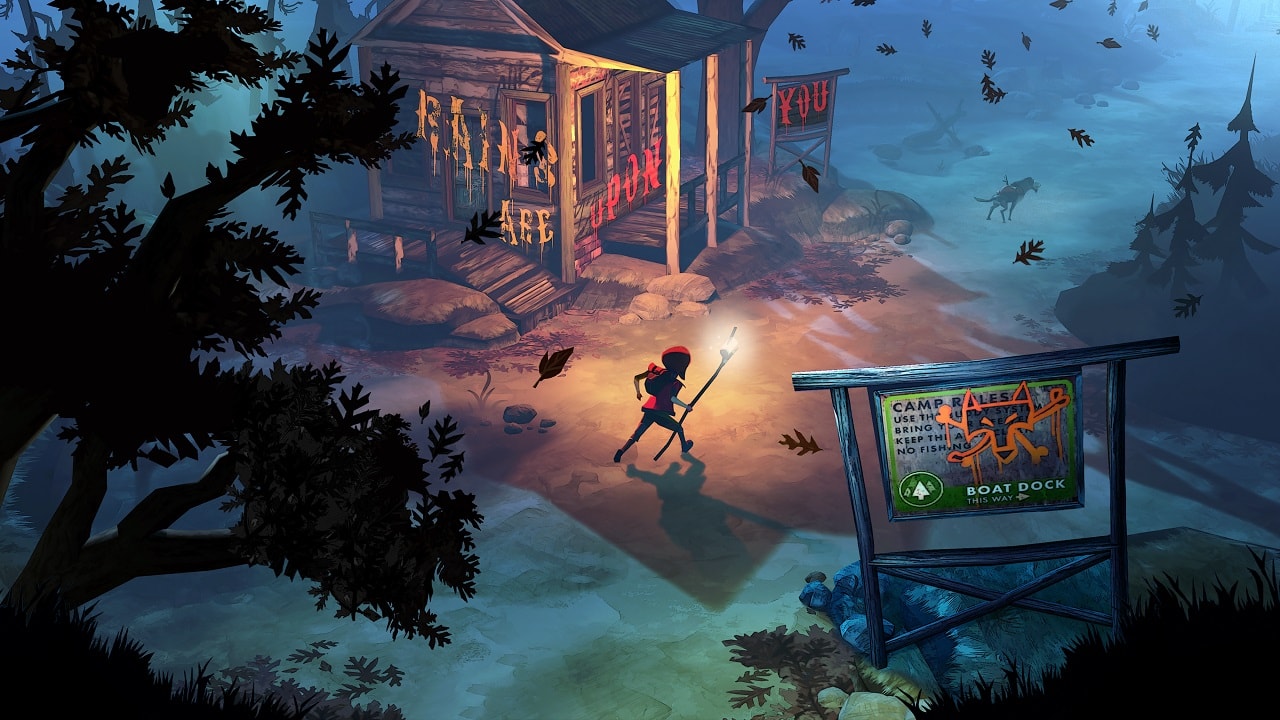 The newly released “Complete Edition” of The Flame in the Flood feels largely unchanged from last year’s version, except for an optional developer commentary mode. It’s still the same survival game. A serpentine river still flows onward, entirely unconcerned about the damage it has caused. You still play as Scout, who is as stoic as ever. Aesop (or Daisy) remains Scout’s loyal companion, hearty and eager to help. The primary goal is still survival and the allure of a faint radio signal that promises safety from the impending flood of biblical proportions.

But even knowing that The Flame in the Flood’s PS4 release is near-identical to the game I dabbled with last year, I was hardly prepared for memorable Scout’s journey can be.

The Flame in the Flood is a cruel, unforgiving game. Its randomly generated river is an artery that shoots through a backcountry swath of America. Campsites, rundown towns, abandoned farms, and forgotten marinas litter the riverbank. Each outpost has supplies that Scout needs to survive, but there’s no guarantee that they’ll be in one location. Like the ever-flowing waters of the river that both gives her life and threatens it, Scout and Aesop must constantly move, while taking what they can and resting whenever the opportunity presents itself. There’s never a chance to turn back. A river only sees what is directly in front of it. 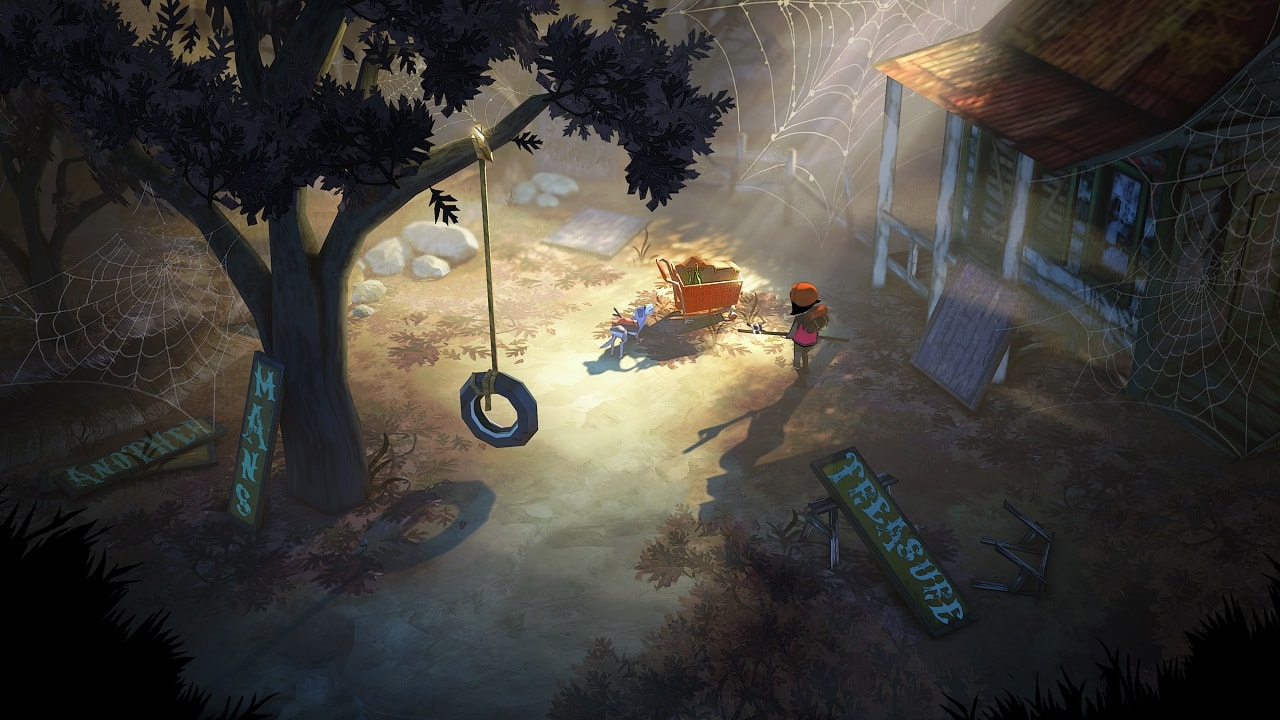 And so, this kind of scattershot scrounging for supplies becomes the crux of The Flame in the Flood’s campaign. Scout and Aesop travel downriver, navigating between harsh rapids and dangerous debris, always scanning for a place to dock. On land, each area the duo visits has specific resources to uncover. Chapels, for example, are a consistent source of rags and stitching kits, while the lonely and thick stretches of Wilderness reliably reward rabbits and wild berries. In order to find the origin of a mysterious radio signal – and ultimately complete the game – players must guide Scout through this dance of searching for food, crafting gear, and maintaining her raft, over ten different regions.

Unpredictability is the only thing you can depend on in The Flame in the Flood. There is no guarantee that Scout will complete her desperate trip downriver on any given playthrough. The river’s too dangerous and the woods are full of wild animals that can shatter her bones or poison her blood. Basic supplies are often scant; shackled away and only available by stumbling across a particular type of location. Everything – the constantly changing weather, surging river waters, and an especially cumbersome menu interface – seems intent on stopping Scout’s progress. Survival is a fleeting dream on even the most promising of playthroughs.

But pushing onward and seeing everything that the game has to offer is worth the consistent challenge. The Flame in the Flood’s greatest strength lies in its rich, soulful depiction of an America in the middle of catastrophic change. The Southern scenery that Scout passes by on her raft captures the essence of an entire region in a state of flux. At times, it feels as though The Molasses Flood have made the video game equivalent of an Americana-fueled picaresque story. The ramshackle shelters Scout inhabits overnight, and the foolhardy, marginally demented, survivors she occasionally encounters are like a litany to classic Southern Gothic tales. Even the game’s music, performed by Chuck Ragan, channels this spirit with soulful strings and haunting vocal tracks.

It’s with this devotion to a sort of grassroots Americana that The Flame in the Flood takes on new life. Sure, it can be frustrating to die a few days into a given playthrough. And I’ll admit that sometimes I get sick of getting screwed over only because the game’s randomly generated locations refused to spawn with the item I needed. But the unflinching heart of the game – the reverence for backwater adventures and survival at all costs – carried me ever-onward. The Flame in the Flood is like a good folktale: the story plays out a bit differently depending on who you ask, but it’s always enchanting.