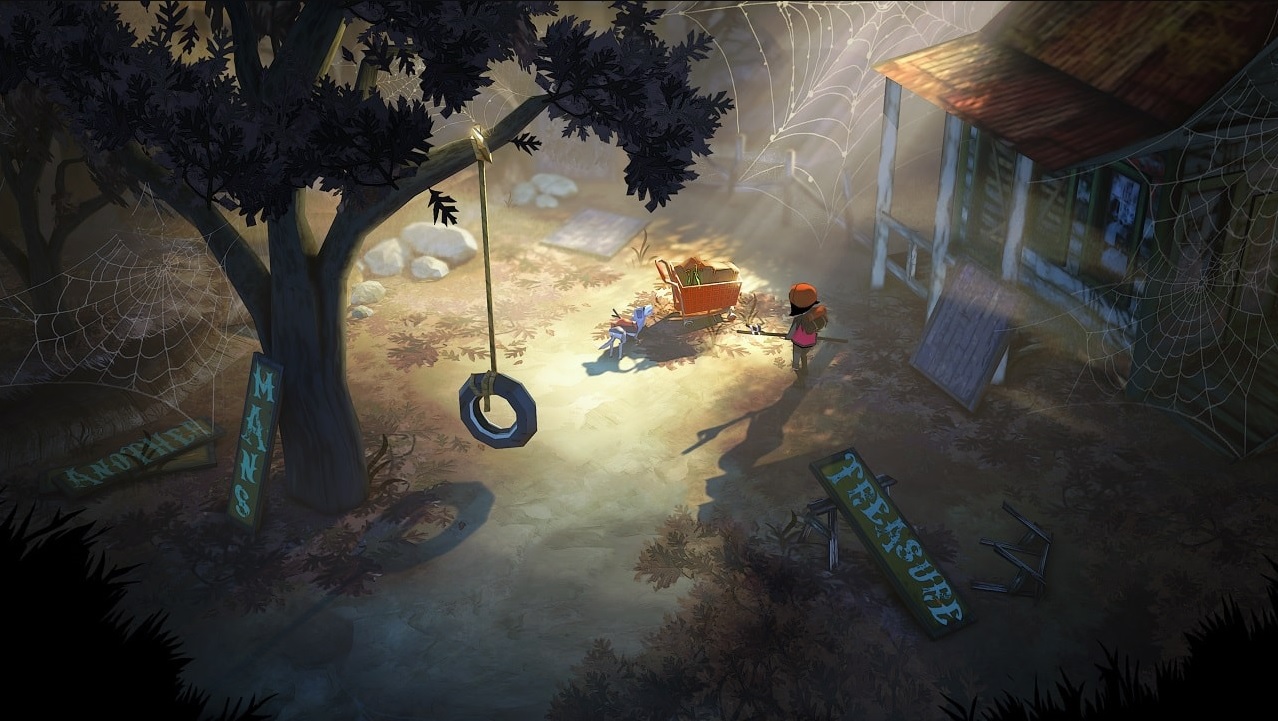 The Flame in the Flood‘s Nintendo Switch port will be available on October 12. I didn’t know a Switch version of the harrowing and haunting survival game was in the works, but I’m happy to hear about it. Like Stardew Valley, The Flame in the Flood just kind of makes sense as a Switch game.

When I last played The Flame in the Flood, I was swept up in its brutal environment and Southern Gothic sensibilities. There’s a real heart at the game’s center; amid flooded towns and crazy survivalists (and frustrating crafting systems), The Flame in the Flood is a delightful exploration of Americana and humanity’s will to endure. Of course, it’s fun to play, too.

“The natural rhythm of The Flame In The Flood—sailing from island to island, gathering resources and hunting wild animals—is a perfect fit for the Nintendo Switch. Like Scout’s journey of survival, players will be able to shape their story wherever they see fit, be it on the couch, the bus, or even on a boat gently meandering down the Mississippi River”

It looks like Nintendo’s newest machine is turning into the go-to place for indie titles.