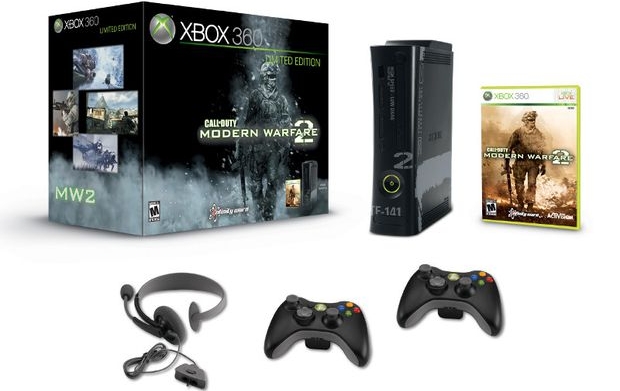 All of last week, you had a chance to win some awesome Call of Duty: Modern Warfare 2 prizes. All you needed to do to enter the contest was leave a comment with your own custom perk that you would like to see appear in a Call of Duty game. We received over 1600 comments, narrowed down the list of potential winners to 25 submissions and then the team voted on our favorite ones.

Congratulations everyone! You can check out their winning submissions after the break. Be sure to check out our A Boy and His Blob contest that’s going on today for more chances at winning free stuff!

mosquitopoison — Perk: Booby trap my dead body so it explodes when someone “Tea bags” it.

Greg Pappas — Jurassic Perk: Allows you to replace all kill-streak rewards with a swarm of Velociraptors after a 17 kill-streak. You know it would be the scariest thing to hear that scream and see a pack of Velociraptors come out of nowhere as they bite the faces off of your competition. I’m debating whether or not they should have freakin’ laser beams attached to their freakin’ heads.

Drowning Rabbit — The Red Scare perk: Your radar now shows everyone in the game, however everyone is a red dot on the map. Be wary of everyone.

Mr Squish — Run for it Marty! perk: If a teamate is killed by Libyan Terrorists in a VW Van, you get to go back in time and prevent your opponents parents from falling in love at the Enchantment under the sea dance, thus preventing your opponents birth and automatically win the round.

gummygod — swap-a-roo perk: When you are killed by somebody, with this perk (and others) equipped, all of your perks (including this one) get swapped with all of their perks. thus making nobodys perks safe should they kill the person who currently has this one equipped; kinda goes around the map like a bad flu.

Filed under... #A Winner Is You!#Call of Duty