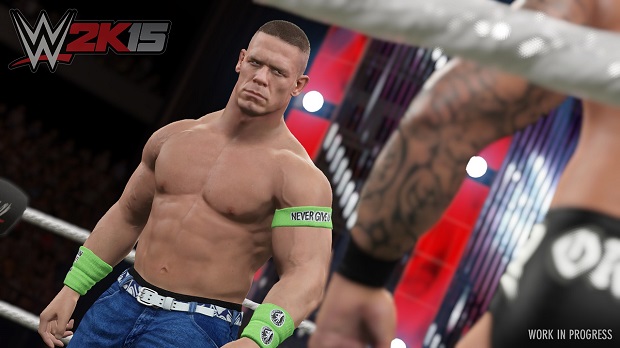 Just hug it out, guys

In the first screenshot of WWE 2K15, the game’s cover star John Cena breaks out a special glare for Randy Orton. You see, the The Viper has his eye on Cena’s belt. Not the World Heavyweight Championship, though. No, a belt much more precious to Cena — the glorious white one holding up his world-famous jorts.

WWE 2K15 releases on October 28, 2014 on PS4, Xbox One, PS3, and Xbox 360. If conventional entrances aren’t your style, a simple pre-order will have you descending from the rafters as Sting. Cena will be so surprised, he won’t know what hit him. (It was a bat; a baseball bat hit him.)