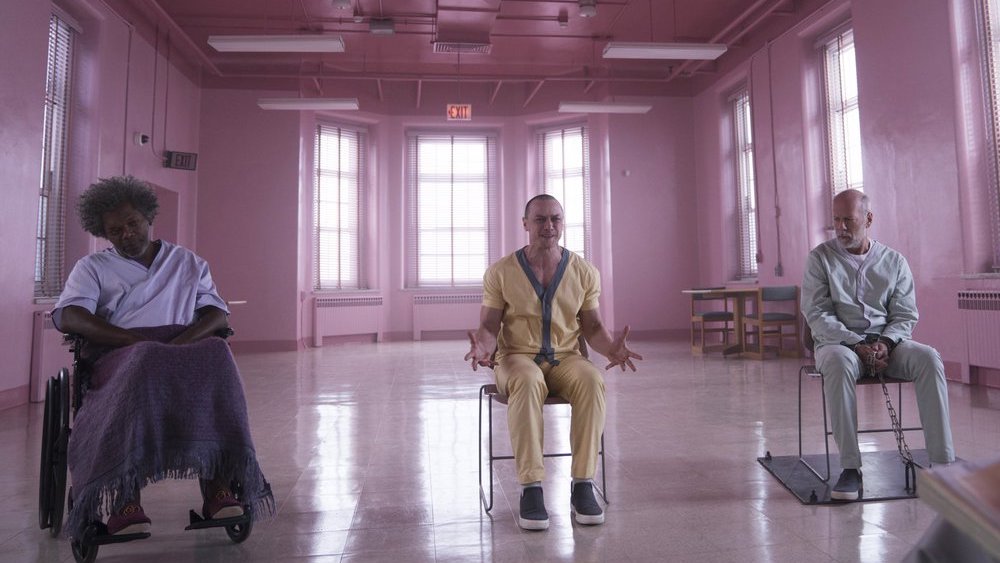 Here’s your first look at the Unbreakable/Split crossover sequel that you never imagined would happen in the first place. From the looks of it, our main characters from those two films are put in a mental institute, where they are evaluated by a psychiatrist (played by Sarah Paulson) who specializes in people who believe they have superpowers.

We get a recap of our characters’ abilities, with security guard David Dunn (Bruce Willis, who I hope will not phone it in this time) having super strength and a sixth sense (eyy) that allows him to see crimes committed by those he touches. Kevin Crumb (a ripped James McAvoy) has 24 different personalities that alter his body chemistry, the last being a superpowerful being called “The Beast.” Finally, Samuel L. Jackson’s Elijah Price, aka “Mr. Glass,” has a condition that renders his bones fragile, and is the mastermind behind many sinister events.

Anya Taylor-Joy’s Casey Cooke (man, Shyamalan is really going for the comic book alliterations here), the survivor of Split, also has a part to play. To be honest, I wasn’t interested in watching Split due to its depiction of mental health, until I had the Unbreakable connection spoiled accidentally—it’s fascinating to me to have a movie that is essentially a secret sequel to one of my favorite films. Shyamalan made a twist movie instead of a twist ending, for Pete’s sake.