A taste of what’s to come

Sid Meier’s Civilization: Beyond Earth released to mixed reactions. I loved how it took the took the classic gameplay to alien worlds, and I especially appreciated its underlying narrative about the future of the human race. Other long-time fans of the series saw it as derivative of Civ V, with too little added and too much stripped out.

Like it or not, one thing that Beyond Earth has done is to lay the foundation for Sid Meier’s Starships. It continues the story of the human settlements on an alien planet, far enough into the future that they are able to travel between stars in less time than the initial exodus from Earth took. The result: a series of skirmishes for control of a very tiny galaxy. Sure, why not? 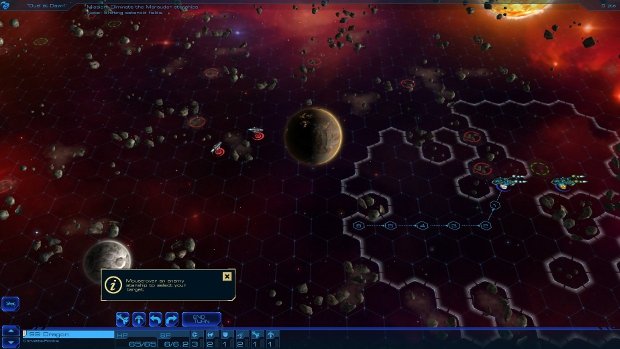 I don’t mean to hate on Starships just yet. In fact, a lot of the design decisions make perfect sense from a gameplay perspective. It makes sense for a tactical combat game to begin with only a few units rather than an army. It makes sense to enclose arenas for the combatants to actually encounter one another. These elements make for a good game, but they run counter to the narrative of taking control of the Milky Way.

Starships is broken up into two distinct sections that affect one another. Resource management and area control take place on the galaxy map, while combat occurs zoomed in to a piece of a solar system within that galaxy. By influencing planets on the galaxy map, players gather resources and eventually take control of sectors. The resources are similar to those found in Civilization: Beyond Earth, but with a few tweaks to their functions.

Food is still used to increase population, which raises the overall resource output of a planet. Science is used to upgrade technologies to buff starship systems. Metal (formerly production) is used to construct buildings on planets, providing specific resource increases and other effects. Energy is used to add ships to the fleet or to install new or upgraded systems onto existing ships. Credits are a new piece of the puzzle, used to convert to any of the other resources, or to buy influence on a planet.

By moving the fleet around the galaxy map, the player can initiate combat encounters. These take place on a two-dimensional hex grid centered around the planet of interest, sometimes featuring moons and filled with an inordinate amount of asteroids. On a turn, players can activate their ships in any order. For each ship activation, it gets some amount of movement depending on its component makeup, and one action that can be executed before, during, or after movement.

A major selling point of Starships is the customization of the titular vessels. Energy can be spent to upgrade weapons systems, armor, stealth, sensors, and more. The more stuff a ship has piled onto it, the slower it will move, so engine upgrades are key for tactical maneuverability. One neat thing: as the ships are tweaked with new parts, their stated classes automatically update. The basic corvettes can eventually become cruisers, destroyers, or battleships with the right gear.

There is no strictly correct setup for a fleet. In my first run through the preview build, I engaged in a few battles that emphasized sensors, and a few others that allowed only my flagship. For my second playthrough, I beefed up my flagship and neglected my others, but came across a different set of encounters. The variety in combat missions is an unexpected treat. The objectives range from simple (destroy all enemy ships) to complex (control three outposts at once) to just strange (navigate through an asteroid maze in a set number of turns). 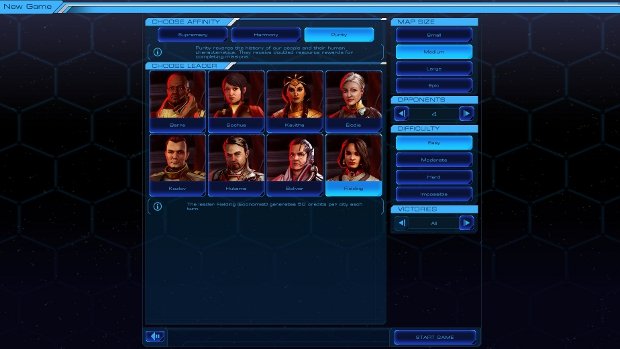 Each round on the galaxy map, players have a certain amount of fatigue to spend before being forced to take shore leave and end the turn. This usually amounts to about three combat missions per player per round. Combat missions can run quickly, with some taking as few as five minutes, though I can imagine that when larger fleets clash, it could draw battles out.

Although there is a resource management aspect, it doesn’t require nearly as much micromanagement as a typical Civilization game does. There are only a few types of upgrades for a planet, a handful of technologies to research, and marginal differences between the three Affinities introduced in Beyond Earth. Upgrades are purchased instantaneously rather than built up over time.

It has a certain rhythm to it. The galaxy map is a strategy exercise, where influence over certain planets and adjacency to other players is important. These strategy considerations are punctuated by the tactical battles around each planet. The constant switching between the big picture and several small theaters is a little tough to get a hang of at first, but it helps to inject some variety into the experience. 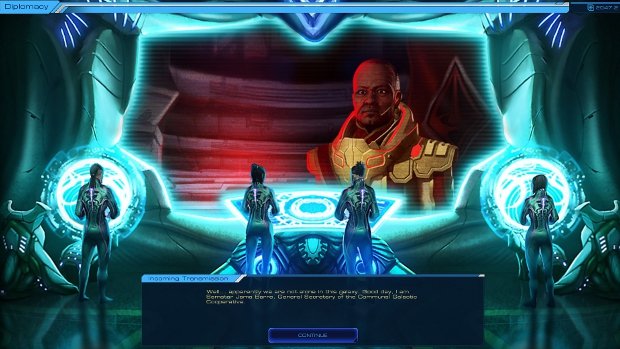 After the third round, just as I felt like I was getting the hang of it, the preview build ended. Three rounds played in less than an hour, and on my second playthrough I had covered about 20% of the galaxy. Though I can’t say for sure how long an average game would run, a full Starships game is definitely meant to be less of an undertaking than a run through Civilization.

Therein stems the one concern I have for Starships. From a pure gameplay perspective, the board game-like combat and area control work well together. As a followup to Beyond Earth, where the playground now includes the entire galaxy rather than a single planet, the simpler scope is counter to the conceit. Conquering the Milky Way should be an enormous endeavor, but everything here just feels small.