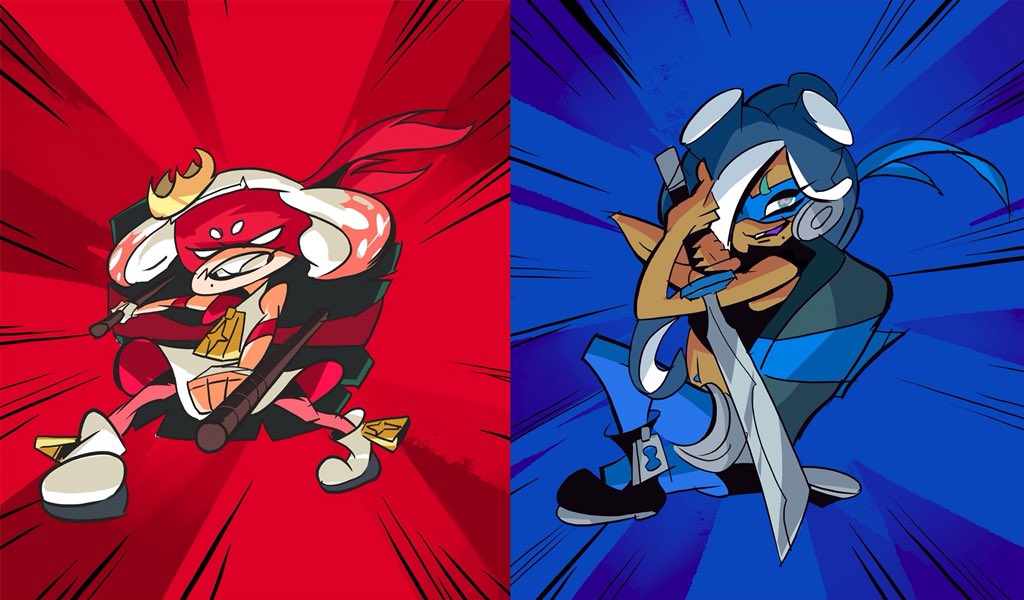 This weekend, U.S. and European players will fight it out in the first ever multi-round splatfest of Nintendo’s arena-shooter Splatoon 2. This three-week battle royale is an effort to determine who is the greatest Teenage Mutant Hero Turtle.

Round one will see TMNT’s hot-headed warrior Raphael, represented in the fun art above by Pearl, take on long-time team leader, the cool-headed Leonardo, who is backed by Off the Hook’s plate-spinner Marina. The splatfest begins this evening in North America at 21:00 PT until the same time tomorrow. In Europe, it’s shell-time from 15:00 CET until the same time on Sunday.

Next week will pit mechanics-wiz Donatello against party dude Michelangelo, with the winner going on to face this week’s winner in the Grand Final the following week. I’m not a betting man, but if I were, I’d be putting all my bottle-caps on Raphael to take the whole thing.

Cowabunga, dudes! 🍕 This next Splatfest is all about ninja power!

Who’s your favourite hero in a half shell: Raph or Leo? Pick a side in #Splatoon2 this Saturday and battle it out from 15:00 (UK time) on 05/05. pic.twitter.com/0BjiBb1EMT