Things are heating up in Crash Team Racing Nitro-Fueled. This week’s update marks the start of the first Grand Prix online event. Along with the chance to race on a new track, Twilight Tour, the frantic game is offering rewards – karts, skins, and characters – as an incentive to stick with CTR throughout July.

The Nitro Tour Grand Prix runs in Crash Team Racing from July 3 to July 28. As you can see in the roadmap, there will be rewards at regular intervals as you earn Nitro Points for clearing Grand Prix challenges. To participate, you’ll need to play online. It’s a limited-time, get-in-here-now sorta event.

Notable rewards include the Bandibuggy Kart, the Rocket Kart, and the playable character Tawna. 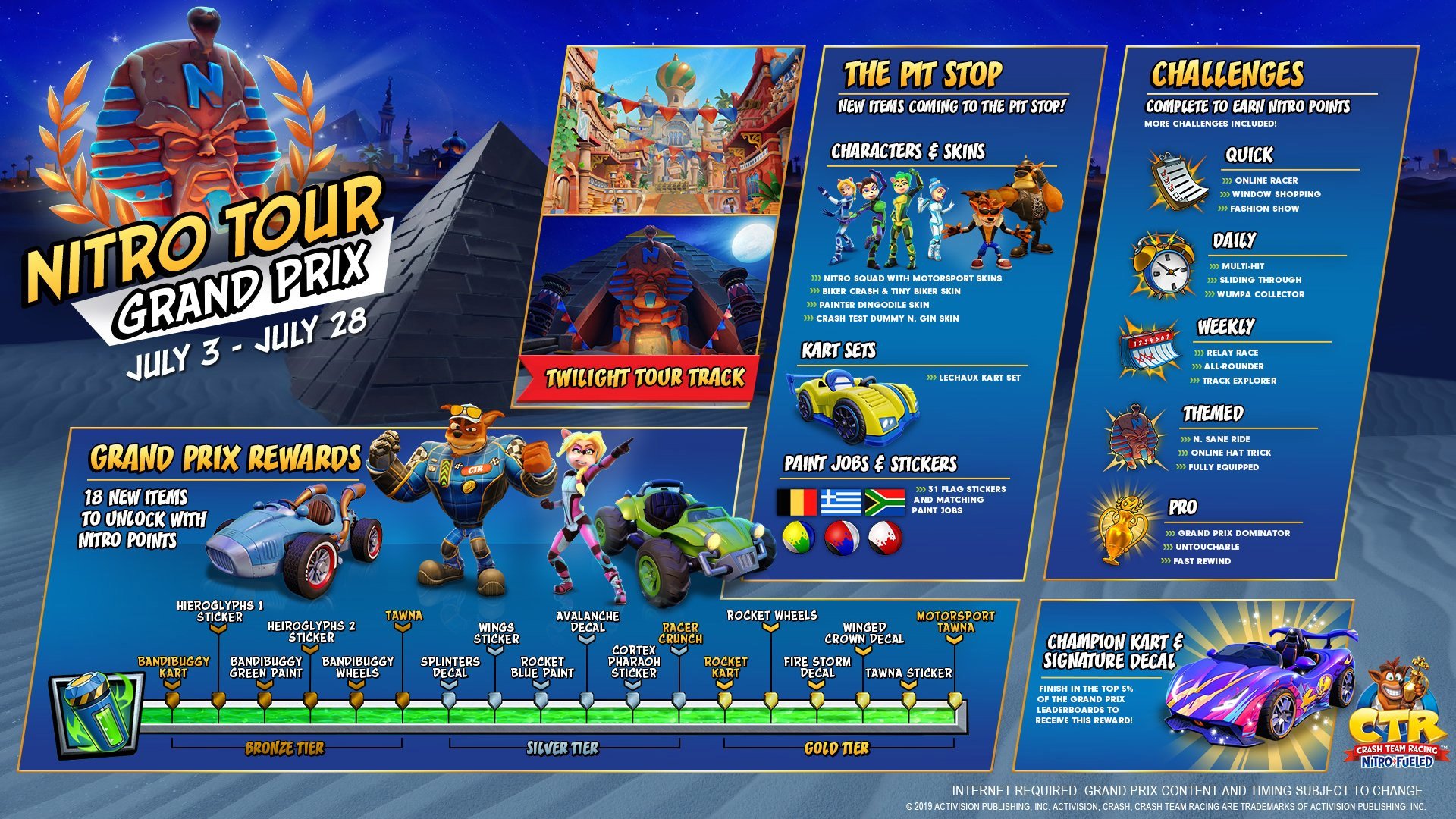 Another area worth mentioning is the Pit Stop – the store will have new wares while the Grand Prix is running. You’ll be able to spend your Wumpa Coins on the Nitro Squad (formerly the Trophy Girls).

The best of the best Crash Team Racing players will be able to claim the Champion Kart and Signature Decal. If you think you can make it into the top five percent on the leaderboard, it’s all yours.

While it seems like it’ll be a struggle to get the most sought-after prizes, I am definitely into the idea of online events that keep the community focused and engaged. Crash Team Racing really wants us to stick around. The launch was a wonderful starting point, but Beenox will have to keep at it.

Two other Grand Prix events are confirmed for this season of Nitro-Fueled. The next event after Nitro Tour is going to be Back N. Time, complete with baby characters, and then it’s the Spyro Grand Prix.