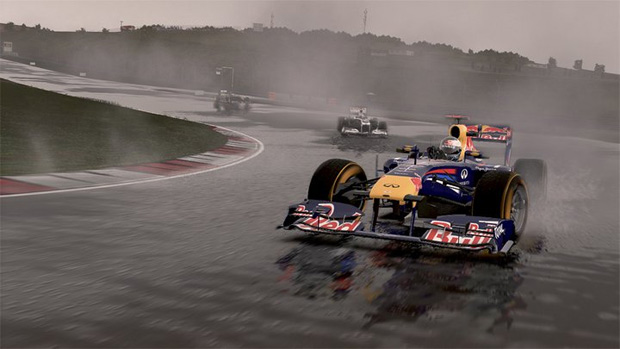 Formula 1 has had a bunch of popular games before, like the wall-hittingly good Ayrton Senna’s Super Monaco Grand Prix II and the classic Grand Prix 2. That’s where I stopped playing those games, but Codemasters’ F1 series has proven to be very successful in recent years.

A bigger focus on multiplayer seems to be the big thing for F1 2011, something that will probably lead to a fair few divorces in the UK among its 15 year old dads. If anyone was wondering about that safety car, I suggest you ask Community Manager Ben Bateman. I hear he loves to talk about that!