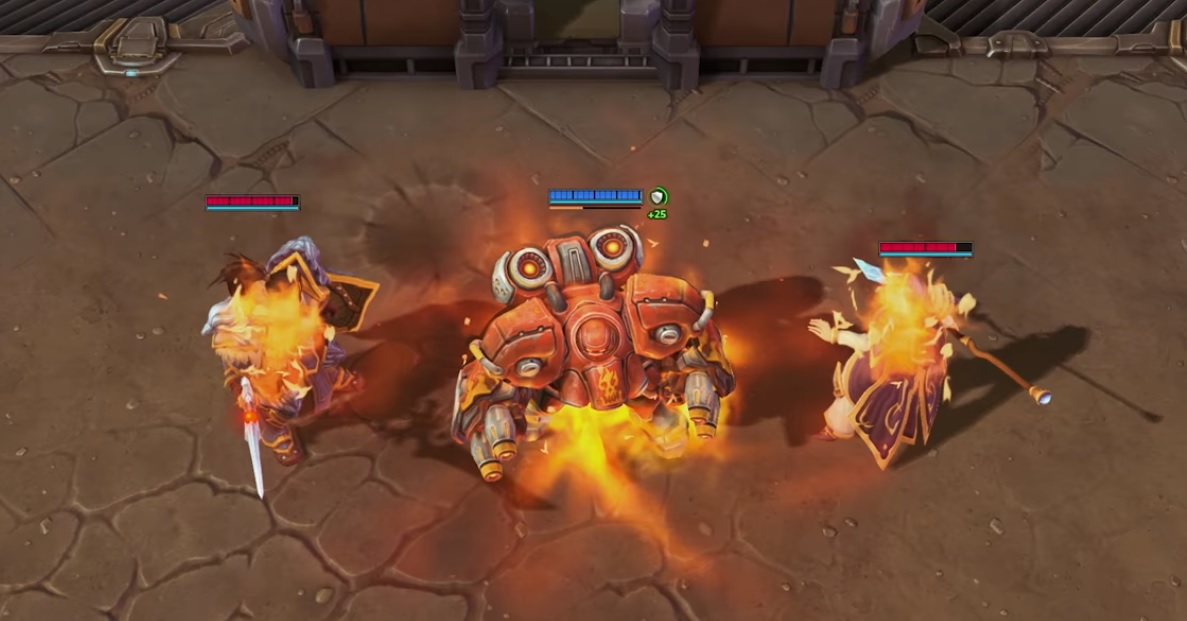 I think he’ll get tweaked

Sometimes the Heroes of the Storm team doesn’t nail a hero’s fantasy, or as I call it, fluff. This is mainly an issue with older characters (which are usually the subject of reworks), but in the past few years several newer additions have committed this sin. They might be enjoyable to play and add to the meta, but they don’t feel like you’re controlling something from the appropriate source material.

Blaze the Firebat on the other hand, does nail it. Playing him on Braxis Hideout with the StarCraft theme blaring and calling down a bunker is damn fun.

Blaze is labeled as a ranged warrior, but he pretty much does it all. In several games I approached top damage in the match, had a ton of damage soaked, all with little to no deaths. There’s a good chance that my style of play meshes well with this new entry, but he’s pretty much just a better version of several other warriors right now.

His double-line Q is great for waveclearing and damage when the enemy team is grouped up, his W oil slick toss is an insanely good slow that can be lit on fire, and his E is an impactful dash with a very small delay that may as well not even be there. The latter is probably the most important part of his kit, as it’s a lengthy stun that can hit multiple foes. It just comes out of nowhere!

To make matters even worse for the opposing side, he also has a built-in trait that he can execute to deal even more area-of-effect damage, and gain armor — and it can tricked out to restore health and decrease enemy damage while they’re in the radius of it. I’ve tanked an entire team while using this in tandem with his level one shield stimpack talent and a good healer.

He also benefits from a fun heroic (the aforementioned bunker, where your entire team can hop into a cozy structure with 1200 HP and fire flamethrowers), and a useful one (an area-of-effect explosion that has a cool “overheating” animation). Blaze doesn’t feel like a wholly unique addition to the MOBA field, which is a problem, but since his kit cycles in and chains off of itself it’s fun to get some really crazy combos in.

I think Blizzard is going to tweak a few of his talents and abilities in the coming weeks. If they do, I hope they decide to actually keep him tanky, as there’s a distinct shortage of solo warriors in the game — something that’s been a problem for too long when it comes to variety in casual play.