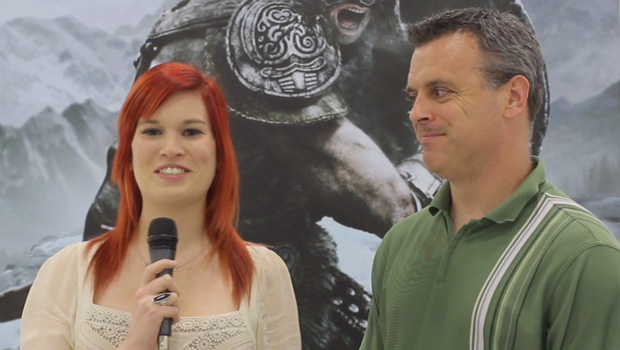 While my Elder Scrolls V: Skyrim interview at E3 focused on the wider, overarching story and development, here at gamescom we got to see the game in much finer detail. While the majority of demo sessions chose to show us over-the-top battle scenes, Bethesda kept it, simple opting to show us an hour of regular gameplay that anyone who would play the game would experience.

Those in the session got to check out the character creation, the new user interface (including the “favorites” system) combat updates, crafting (such as alchemy and enchantments), skills trees, the new Fallout style of lock picking, and we finished up by taking a look at the game’s level design and length.