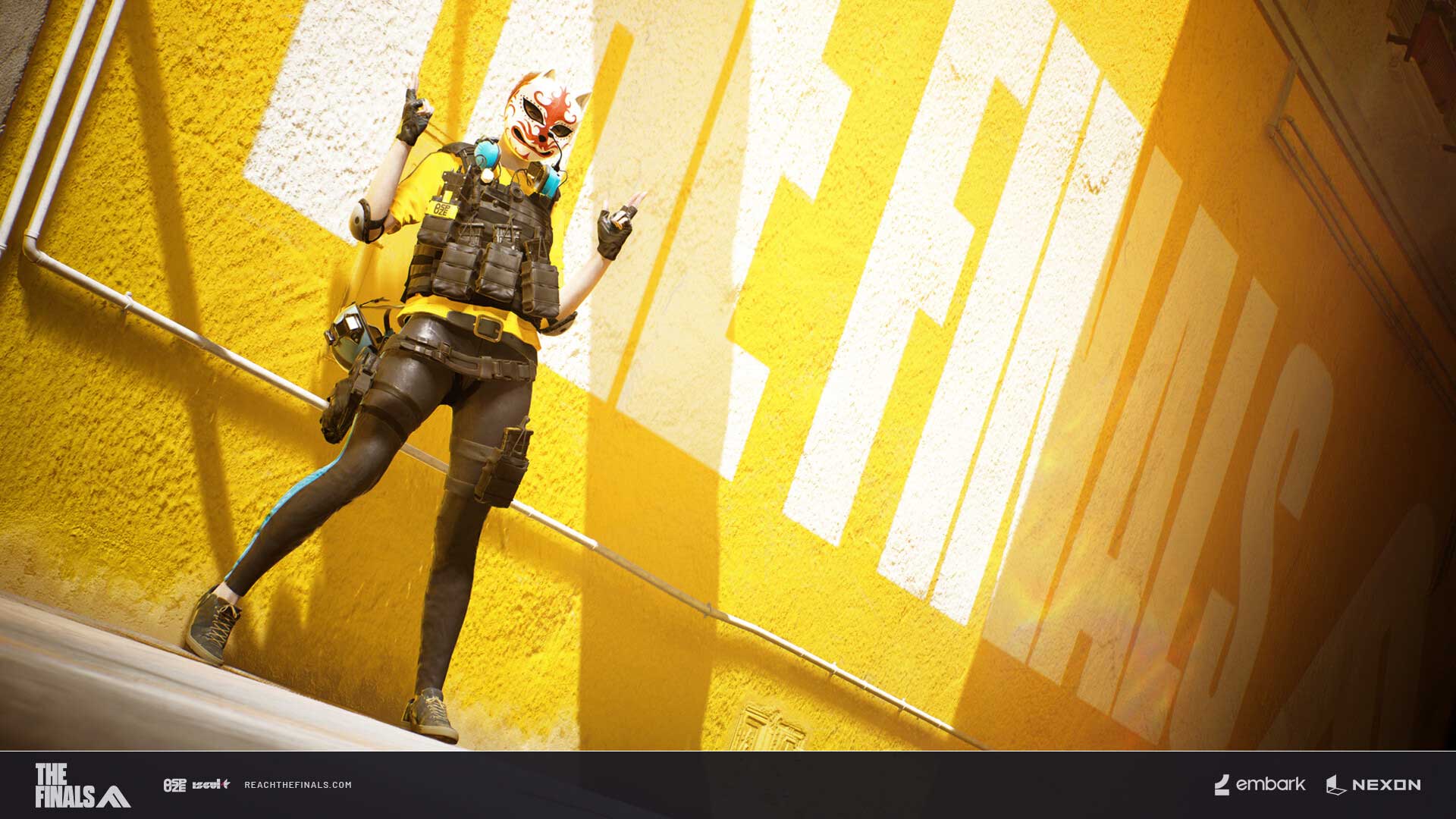 As part of the Gamescom Opening Night Live presentation, publisher Nexon and developer Embark showed a blink-and-you’ll-miss-it trailer for their upcoming game show shooter, The Finals.

The trailer offers very little in the way of context, but seemingly The Finals will focus on an ultra-violent “game” of survival, with players competing in a do-or-die competition to win big bucks and other prizes. Previously released footage featured rat-a-tat gunplay and bombastic explosive-based combat, with some vehicular mayhem and roof-jumping verticality thrown into the mix.

The concept would suggest we might be looking at a battle royale affair, perhaps with highly customizable player characters, but we’ll have to wait a little longer for Embark Studios to play its hand and offer us a little more info on The Finals and its Smash T.V.-style landscape of killing for kash.

Embark Studios also talked up the game’s sense of destruction.

“A skilled contender might go in guns blazing, but with environmental destruction in your arsenal, that’s just the start of what you can wield against your foes! All of our arenas can be altered, used, or reduced to rubble — and not just by you.”

The Finals is currently in development for PC. Steam playtests are scheduled to begin “soon.” Interested players can request access to join on Steam.