Square Enix is in a spooky mood this week, doling out a new screenshot of Final Fantasy VII that’s holiday-appropriate.

Yep, it’s none other than the remade character model for the “ghost” enemy, complete with Cloud running away for effect. For reference, I put the little original retro guy in the middle of the new frightful fiends. He’s definitely not remake material!

In case you forgot, ghosts are a huge part of Final Fantasy VII‘s DNA. These enemies in particular are found in the Train Graveyard in Midgar, which is where the first “part” of the remake is going to focus. There’s also a Ghost Ship enemy type that looks completely rad. It’s going to be a trip seeing all these classic enemies getting complete overhauls. 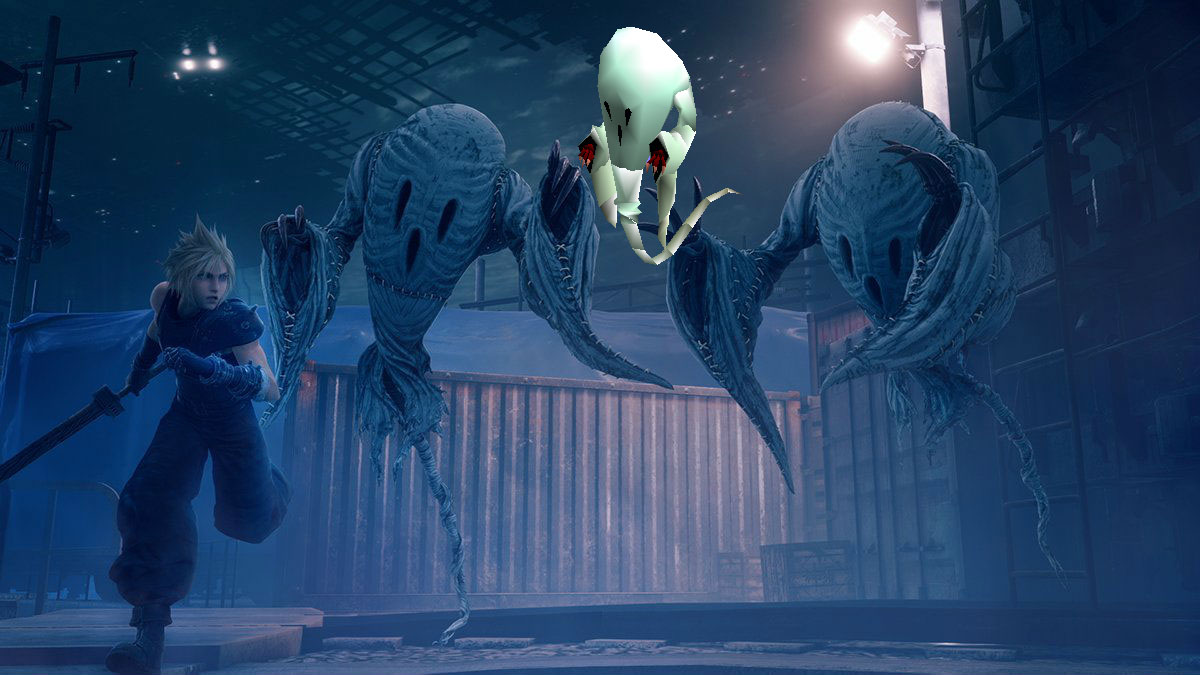