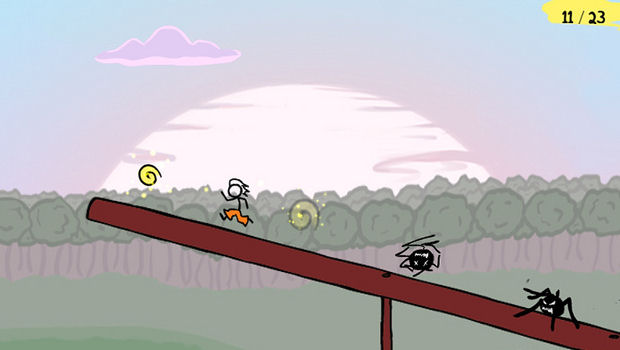 The Fancy Pants Adventures was originally a Flash game, but it was deemed awesome enough to get a PSN and Xbox Live Arcade release via Electronic Arts, and now we know to expect it in Spring of next year.

If you’ve never played the game, you can play a Flash teaser on the official site, and I highly suggest you do. Despite its simplistic visual style, The Fancy Pants Adventures is quite a lot of fun and I have a feeling that platform fans will love it. Give it a try!

Well, The Fancy Pants Adventures just made it onto my “Most anticipated download games of next year” list. I was trying to think up some more!