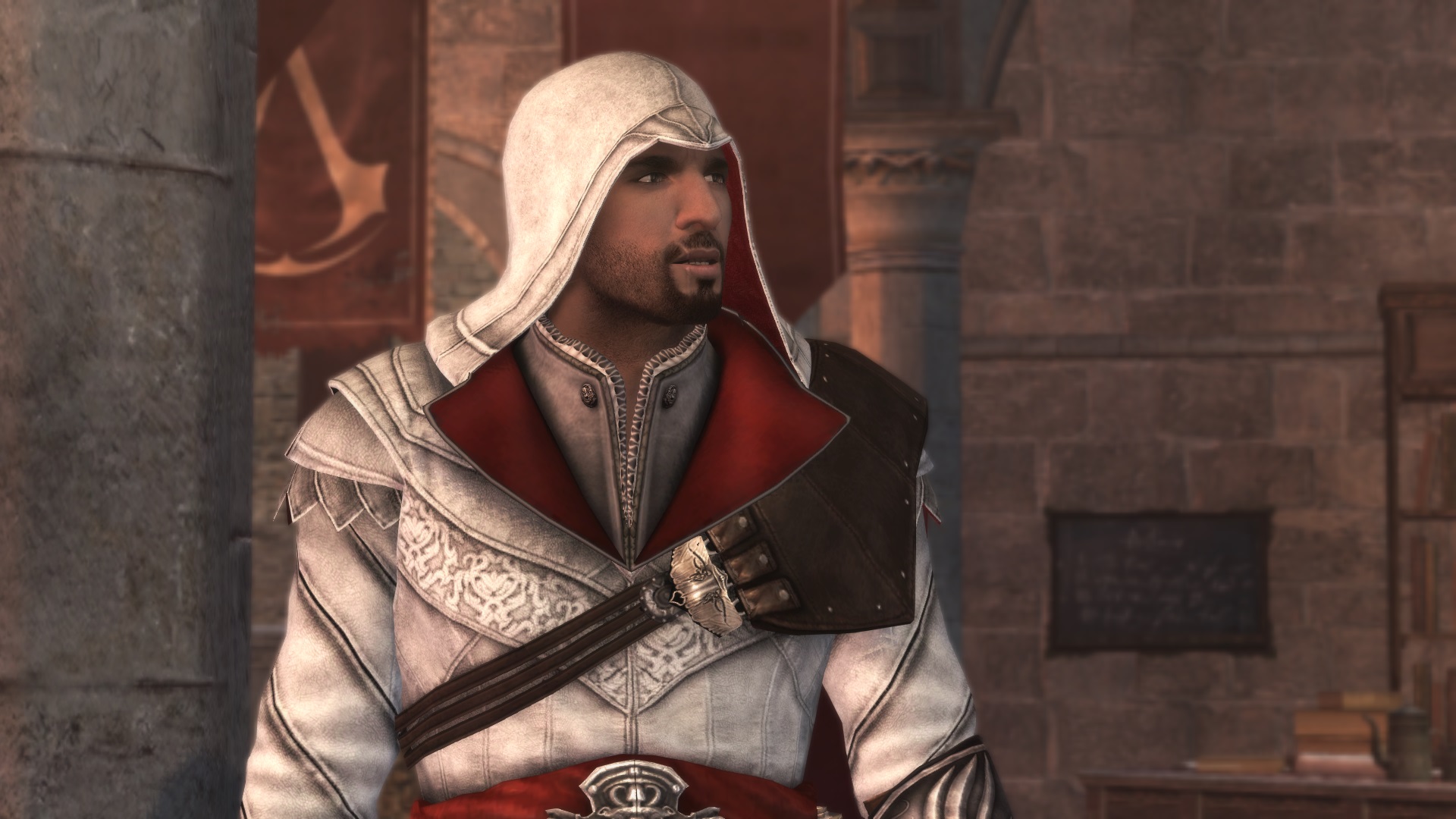 A Mark, a Mission, a Brand, a Scar

One of the earliest moments in Assassin’s Creed II has Ezio’s gang of friends ready to brawl with rival Vieri de’ Pazzi’s crew. Vieri begins the fight by lobbing a rock toward Ezio. The rock hits Ezio squarely in the head and permanently marks him with a facial scar. It’s an imperfection that’s both charming and defining.

That scar feels like an appropriate symbol for Assassin’s Creed: The Ezio Collection, a remastering of Assassin’s Creed II, Brotherhood, and Revelations. It’s more prevalent than ever on account of the visual upgrade. But, those better visuals come at the cost of being reminded how imperfect these games were.

There’s no doubt that Assassin’s Creed is Ubisoft’s flagship franchise. This is the first year since 2008 where there’s no main entry into the series (although Assassin’s Creed Chronicles: India and Russia, mobile title Identity, The Ezio Collection, and a movie will all release before year’s end). Because of that over-saturation, it’s easy to forget all the gradual improvements that have gotten the game to where it is today.

Going back to Assassin’s Creed II can be rough at times. I’ve accidentally leaped to my death more than I ever did in Assassin’s Creed Syndicate. Combat is largely an exercise in waiting to counter an enemy’s attack. It’s not an ideal way to play Assassin’s Creed. That’s because the only changes in this package are to the visual fidelity; the original gameplay — frustrations and all — is completely intact.

This is important to note because despite all of that, I still love Assassin’s Creed II in 2016 as much as I did in 2009. I’m still content to scale monuments and look for glyphs that lend insight to the conspiracy. I still enjoy working my way through the assassin tombs that are equal parts platforming and puzzle. And, regardless of how everyone else feels, I still get a kick out of piecing together Desmond’s modern-day story even though I know how his arc ends. I still unapologetically love it all.

Actually, I may like it more now than I did seven years ago. There’s a restraint about the world that’s refreshing (even though it was mostly due to technical limitations of the time). The cities are decent-sized but not overly huge. The map isn’t full of seemingly endless activities to tick off one by one. It’s all very digestible, and it has been a long time since we’ve been able to say that of Assassin’s Creed.

Like that scar, The Ezio Collection represents a bygone era of Assassin’s Creed — one that was certainly flawed but that had the charisma to more than make up for any shortcomings. It’s a trip to the past, and that will be incredibly evident at times. But hey, isn’t reliving memories what these games are all about? That new coat of paint is just a bonus.