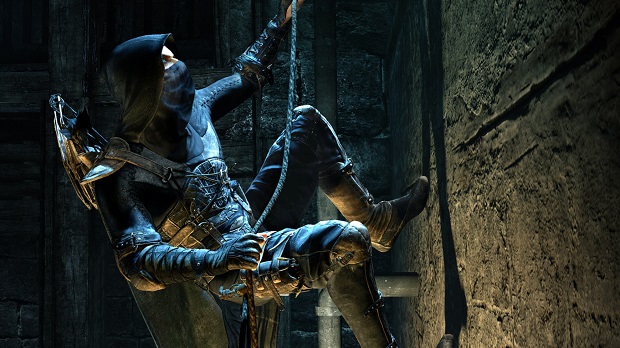 In a Q&A session on its forums, Eidos Montreal confirmed that the experience points system is gone from the upcoming Thief reboot. Fans were concerned after the E3 trailer showed XP being awarded for performing a headshot — not the type of thing that previous Thief games rewarded.

Responding to questions about the headshot XP, game director Nic Cantin and lead level designer Daniel Winfeld Schmidt confirmed that the XP system was gone. “At first, we wanted to outline the progression of the player with XP, but it was reducing our motivation to steal,” Nic explains. “The main goal of a thief should be to gain loot… so we saw no need to have XP as a core mechanic.”

Nic and Daniel also mention how they had seen the negative feedback on their forums and taken it to heart. Instead of using an XP system, Garrett’s progression in Thief is now tied to how much loot he can steal which is much more fitting with the character.

I can understand why Eidos Montreal has ditched a system that rewarded headshots but maybe the same system would yield bigger XP bonuses for not being seen or avoiding guards, much like the excellent Mark of the Ninja.