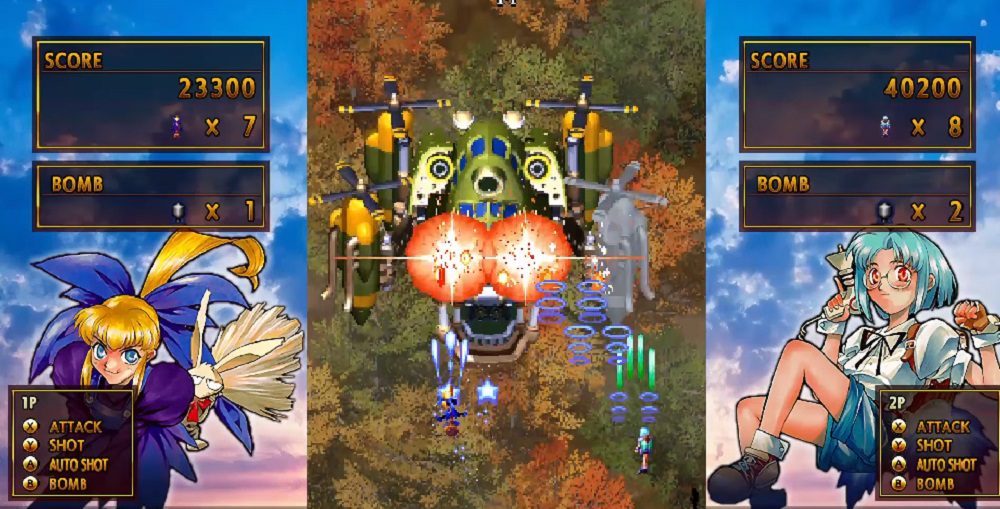 City Connection’s endeavour to bring a string of awesome arcade shmups to PC continues, as the publisher has announced that Psikyo’s fantastic sequel Gunbird 2 will take flight on Steam June 10.

Released in arcades in 1998, before being ported to the Dreamcast, PS2 and Nintendo Switch, Gunbird 2 offers up seven stages of typically-twitchy shmup action for one or two players. Choosing from a fun roster of seven unique characters, players blast their way through hordes of enemy ships and challenging bosses. Gunbird 2 is renown for its joyful cast, multiple endings, and debut of the “medal-chaining” point mechanic, a feature that would appear in multiple Psikyo releases.

Check out a video of the Switch version below, courtesy of YouTuber Handheld Players.

In keeping with other releases in City Connection’s Psikyo range, Gunbird 2 will include a selection of options designed to tailor the game to your taste. These include screen filter and orientation options, cutomisable controls, English and Japanese language, and several dip switch settings. As this is a port of the arcade, it seems very unlikely that the bonus characters from the Sega Dreamcast port will be included.

Gunbird 2 launches on PC June 10. The next City Connection release, Strikers 1945 II, will arrive on Steam May 29. Psikyo Shooting Stars Alpha and Bravo are also available now on Nintendo Switch.