From Alpha to Sigma

In the years I’ve been following Comiket, Japan’s biannual indie media festival, one thing that has always intrigued me is how creators will release new versions of their games at every event. Not content to put out their game and move on to the next project, many doujin circles will spend years polishing and iterating on their work until it reaches a state they can be happy walking away from.

While I find the process fascinating from a conceptual standpoint, it’s something I was never able to experience first-hand until Souvenir Circ.’s arcade brawler Croixleur wandered into my life. 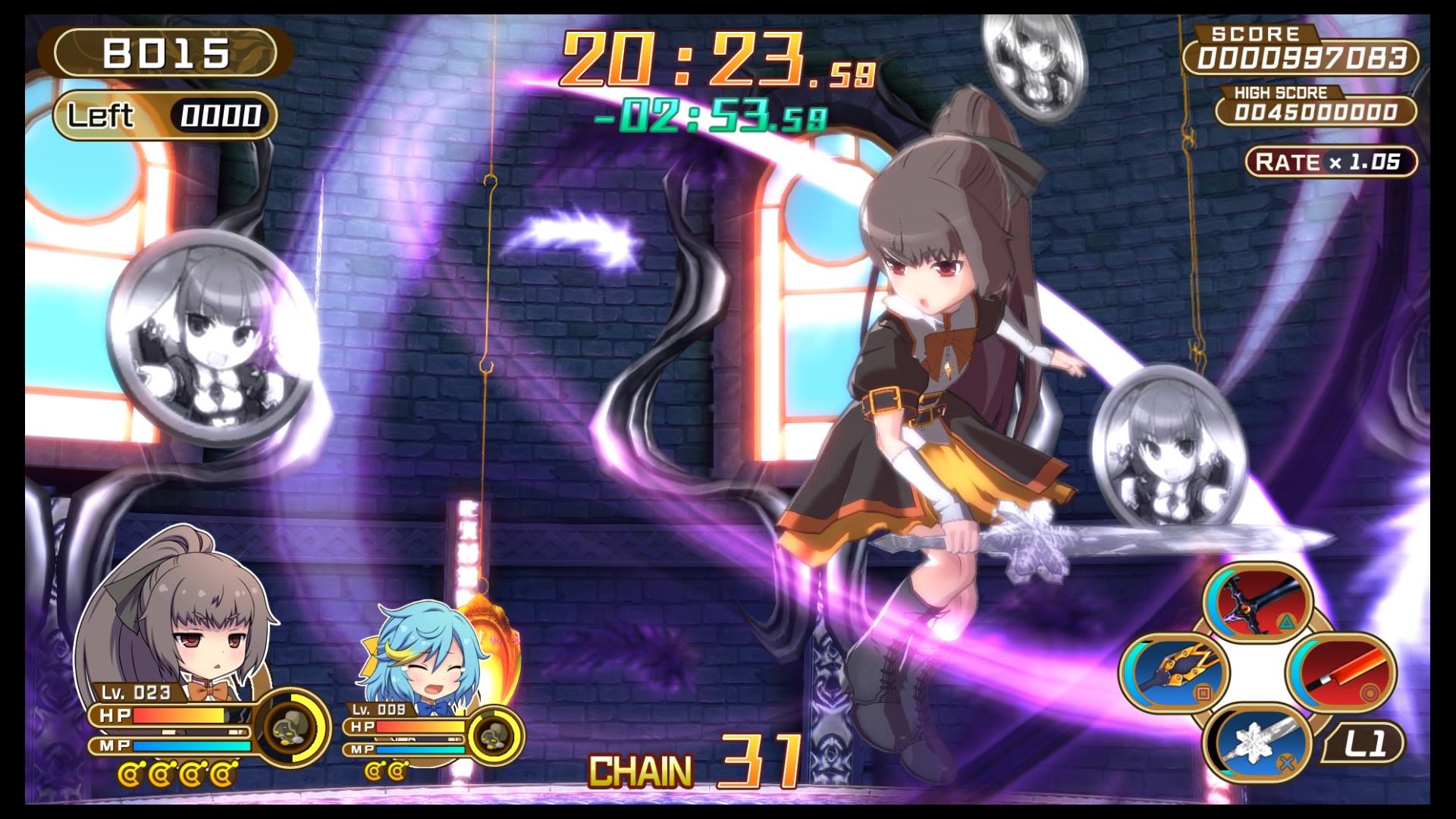 To say Croixleur has come a long way since I first encountered the game three years ago would be a massive understatement. The original PC release, or at least the localized version boutique publisher Nyu Media released in January 2013, was light on content and rough around the edges.

Inspired by Devil May Cry‘s Bloody Palace mode, the game initially starred the red-haired Lucrezia, a young noblewoman on a quest to fight her way through a gauntlet of arena battles known as the Adjuvant Trial. While the story was largely inconsequential, the experience of fighting my way up the Nitro Towers and racing against the clock (the story mode must be completed in fifteen minutes or less) was a downright enjoyable, arcadey romp — and one hell of a challenge.

While it certainly took me more (much more) than one attempt to successfully complete the main campaign, once I did, I discovered there wasn’t much else to the game other than bonus modes, like score attack and survival, to flesh out the package. It left something to be desired.

Don’t get me wrong, it was (and still is) a simplistic game, but that extra content went a long way toward making Croixleur feel less like a severed bonus mode and more like its own game.

The recent PlayStation 4 and forthcoming PlayStation Vita versions improve the experience even more, though, giving the game a dramatic facelift, both in terms of content and visuals. Souvenir Circ. went back and gave the game a completely fresh lick of paint, adding shine and detail to what was once a dull-looking game. Lucrezia and friends certainly clean up nicely.

Speaking of those friends, the PlayStation version also includes a pair of new faces, both of which come with 30-minute campaigns that make the original game feel like a cakewalk. Between those and the new 50-floor dungeon mode, the game is definitely no longer hurting for content. And on top of that, there’s a myriad of useful new equipment to collect, incentivizing repeat playthroughs.

Pulling up the original game and playing it side by side with the new PlayStation release, it’s nice to see how far Croixleur has come over the years. And I’m happy to have been along for the ride.