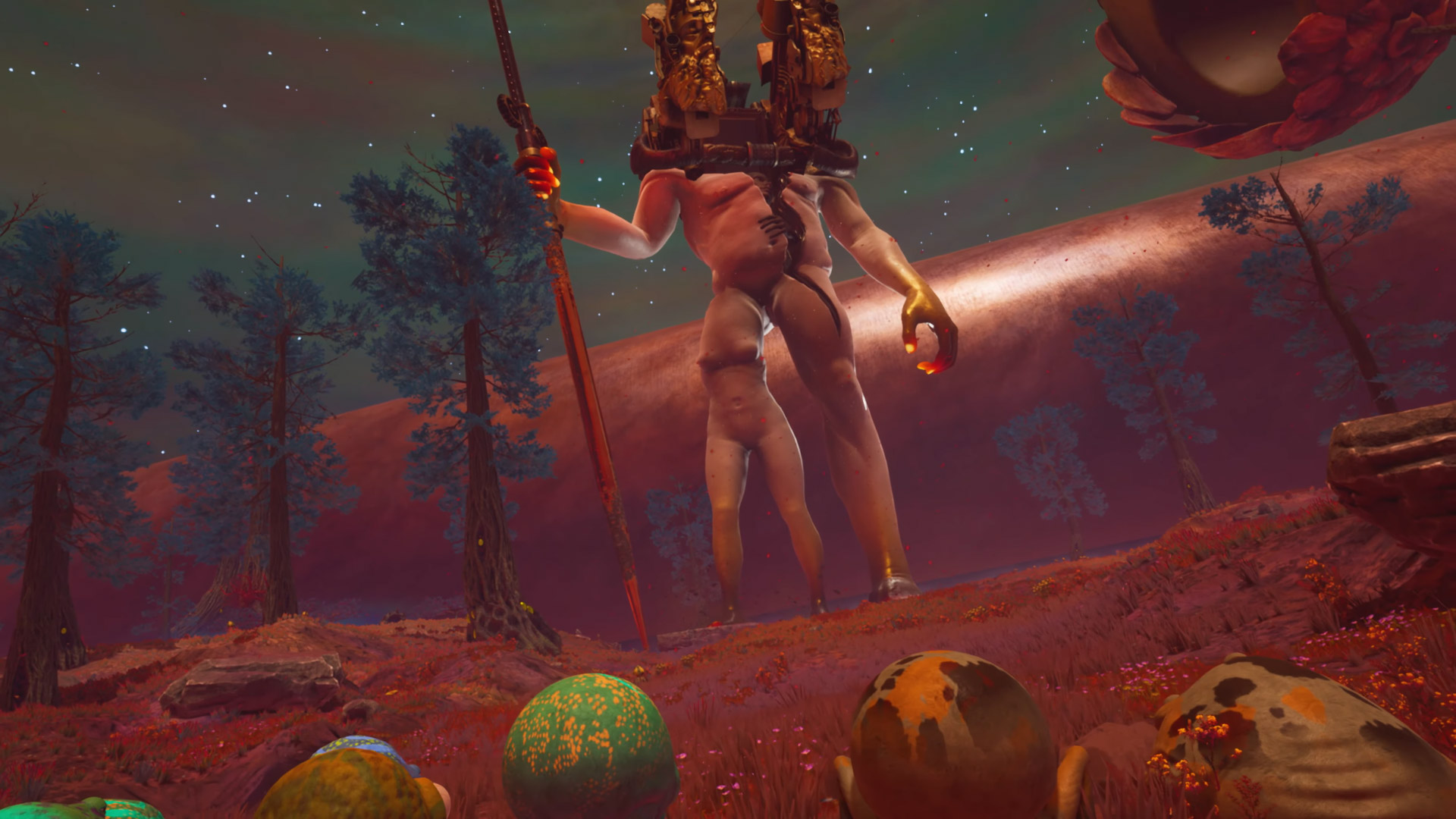 The Eternal Cylinder might be the most Ace Team game that Ace Team ever Ace Team’d.

The folks behind Zeno Clash and Rock of Ages are trying their hand at open-world survival adventuring, and the results are as bizarre and visually arresting as you’d expect. I’m all the way on board. These creators know how to show us things we’ve never seen before in video games or anywhere else.

Formerly known as The Endless Cylinder (catch this insane headline we somehow ran in 2015), The Eternal Cylinder is a game about keeping a herd of mutating oddball aliens alive in a harsh ecosystem.

“Your Trebhums begin at the bottom of the food chain but can mutate and evolve with new physical attributes and abilities by eating a variety of flora and fauna. Devise and adapt dozens of mutations, including new traversal skills like flying and swimming to reach new areas, as well as new senses to help overcome puzzles, challenges and dangers. Your many Trebhums can each have different mutations, and new mutations don’t replace ones you already have, letting you stack ability sets in dynamic ways. Each mutation will also change the physical look of a Trebhum, generating near countless surprising creature designs for you to discover organically as you explore.”

Along with shades of Spore, I’m also seeing Pikmin. Our precious critters will be under “constant threat of the Cylinder, a gargantuan rolling structure of ancient origin which crushes everything in its path.”

Ace Team and publisher Good Shepherd Entertainment are aiming for a 2020 release on consoles and PC, with the latter version set to be an Epic Games Store launch exclusive. They’re really going for it.