[Community member VenusInFurs writes up a great post about Silent Hill: Shattered Memories and the themes of masculinity and its destruction. What other games have these sorts of themes? Want to see your own writing on the front page? Write something awesome and put it in the C Blogs. — Kauza]

Emasculation is, by definition, the castration of a man, but this castration has gotten less literal and more metaphorical in our generation. Emasculation now means to make a male feel less of a man by humiliation. In other words, you weaken a man by treating him as if he were a woman. You take the machismo away from him. You leave him naked in the middle of a crowded street. You show his wounds to the world. I’m not interested in the physical pain of castration, but more of the mental. We live in a world where to be a man means to be powerful, confidante, a sex machine, etc.

You, my lovely reader, have heard it all before, but I would argue that men, unlike women, are more sensitive, more affected by emotional pain, more prone in the act of giving up than most woman are. Now, what is the connection between castration and video games? Please, continue reading for the answer.

Silent Hill: Shattered Memoires (SH:SM) is a study of the male psyche. The game takes a look at what defines a male and shatters those ideas. It’s game about emasculation. It’s a game that I and many men can relate to. It’s a game only men can fully understand.

As most of you know by now, I always start my blogs with a personal experience then work my way up to how the video game in question relates to my experience. This will be no different, except this; out of everything I’ve written this is something I hold dear to my heart. Get ready for some heavy stuff.

I never associated with anyone. I even avoided speaking, and shrank more and more into my corner. At work, in the office, I even tried not to look at anyone, and I notice very well that my colleagues not only considered me an odd man, but seemed to look at me with a certain loathing.

What the fuck does it mean to be a man! How the fuck do I talk to a women! They all fucking ignore me!

Those are some quotes from my favorite authors. I always felt I was alone in my thinking until I discovered their work. As a child I spent more time at home than outside with friends. Even now, I still have fear of the outside world. I try to go out and meet people, and I have had some success, but I always get this uneven feeling when I’m out at a restaurant or bar — a feeling of not belonging. A feeling of not being myself. 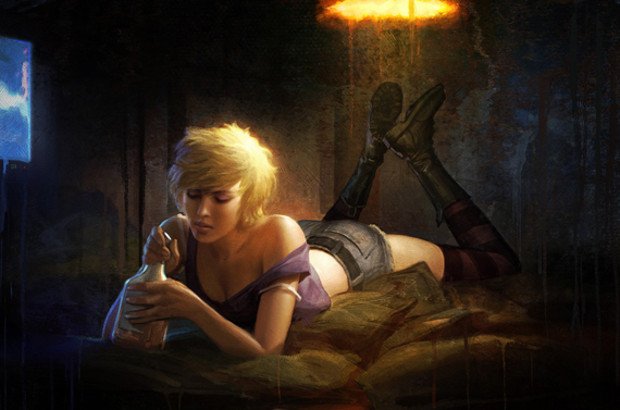 A couple of weeks ago I commented on the Japanese trailer for Catherine on Youtube. I said, “Wow, this game looks amazing! It’s too bad I don’t have a PS3, but when I do get one, Catherine will be the first game I get!” I made the comment late at night, and quickly fell asleep. The next day I received a response that said, “You’re a virgin fa**ot loser who probably j**ks off to anime. Why do you want to play this game? You’re a pervert. Go back and j**k off to cartoons again you loser.” Now, how do I respond to a message like this? I could have just ignored it, but I didn’t. My reply: “Why do you have to insult me?” I’m not going to post our entire conversation, but the user never stopped insulting me and continued to call me a virgin fa**ot (both of which is untrue), but I kept my cool and never insulted the user back.

From experience, books, and people I’ve known, I have come to the conclusion that when a man acts like that it’s because they’re unhappy; something is not going well in their lives. It could be a lack of sex, the wanting of a significant other, or something else, but the question of emasculation always comes up. Did this user act this way because of what a perception of a man is? Does he think it’s all about sex? Is he disappointed because of the lack of experience he had, or is he just an assh*le? Whatever the reason is, there is no denying that there are people who act this way because they don’t fit the worlds perception of what a man is.

Last semester in school, my classmates and I decided to go to a bar/club to celebrate the end of the semester. I didn’t want to go, but went just to socialize. We arrived at the bar and everything went fine. I got myself a glass of water (I hate alcohol). Some of the girls with us ordered water as well, but apparently it’s okay if a woman orders water, but its different story when a man does. My classmates made fun of me because of it and I laughed it off.

We continued to talk and laugh, then the guys started to brag about how many girls they had sex with. I really don’t know why they decided to this, but I am an open person — I don’t hide anything — and I told them I only had sex with people I’ve had relationships with. I told them this and they all laughed. I said I’m not closed to the idea, but the opportunity never opened up to me (things have change now). They didn’t care for my excuse and just made fun of me, as if I was not man in their eyes .They made fun at how skinny my body is and how feminine my voice sounds. After all that, I decide to leave. The guys apologized to me, but with a big grin in their face. It’s easy to see they didn’t mean it. I left the bar and never spoke to them again. During my walk home I was reminded why most of my friends are women. 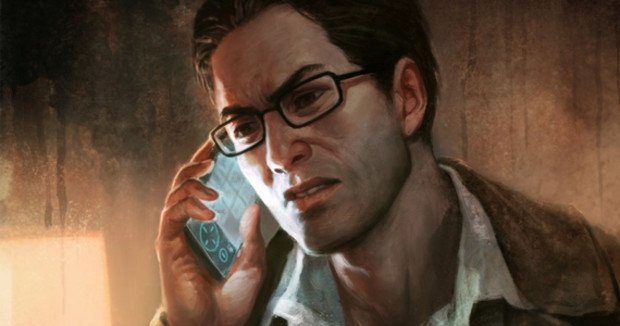 Before I start to talk about SH:SM, I would like to mention the Silent Hill movie. SH:SM is a remake of the first game, and to be honest, they’re completely different. The movie, unlike the game, changed the protagonist from a man to a woman. I find this interesting. Why can’t a mainstream film show a man who is scared? Why can’t a mainstream film show a man who is insecure? Why is it okay if a woman show those feeling, but not a man? I think fans of Silent hill know exactly what I’m talking about. It seems that it’s okay to show a weak woman on the big screen, but change the sex and it suddenly becomes “unrealistic.” It’s something that bothered me throughout the film and I thought it deserved a mention here.

Silent Hill:Shatterd Memories is, in the humble opinion of your faithful writer, the definition of an adventure game. The game has no action whatsoever. Story and exploration is all you do. There are hours of you walking into a school and just exploring the area – no monsters, no blood, just exploration in its purest sense. The immersion the game offers is unlike anything I ever played. The story is one of originality and truth.

SH:SM deals with a father looking for his daughter in a snow storm. Every character he encounters are women; women who are stronger than him; women who help him out; women with confidence. SH:SM is filled with sexual imagery, but it’s not exploitative; there’s meaning behind it. When Harry, the father, looks at a poster of a sexy girl, the game reads that and determines what ending you’re going to get. I will try not to spoil anything, but this game has some of the most disturbing writing I’ve ever witness in a video game. Subjects like molestations are out into play in this game in a big way.

Actually, at one point you receive a message from a man asking a women to put on a “little girls dress” and pretend she’s a kid. There is a therapy session in between each level, and during these sessions you’re asked to answer a series of questions. I answered each of these questions truthfully, as if I was Harry. I answered truthfully to questions like: Have you ever cheated? Were you popular in school? Are you depressed and lonely? I must note that depending on the ending you get, you may come up with a different conclusion than I have, but isn’t that the fun of video games? Your actions in the therapy sessions and in the games world determine the type of ending you get.

The game has a number of endings and depending on your actions; you can get a “good” ending, “bad” ending, or something different all together. The ending I got was something that shocked me. Something that made me think; something that told me that this game was truly about emasculation. I will now present you with the ending I got during my first play-through. Please, if you have not played the game, I still encourage you to watch the video. This 1 minute video explains what I’m trying to say.

I don’t know about you guys, but this ending moved me. I felt for Harry. I understood him. Its bad enough I spoiled one ending for you guys, but I refuse to spoil anything else. The world of insecurity is painted on the walls of each level in this game. It presents a man who is scared; a man who doesn’t have all the answers — Harry goes through what most men go through in their lives. He tries to find comfort in women, but doesn’t have the confidence to do so. He tries to be brave, but fails every time he does. He’s not some super hero. He’s represents the fear that all men have. He’s human. He’s no different than the characters I’ve read in some of my favorite novels. He, in many ways, is me. I applaud the developer for having the guts to present an entire game absent of any kind of combat and instead focus on the characters and their thoughts. This is truly a special game. 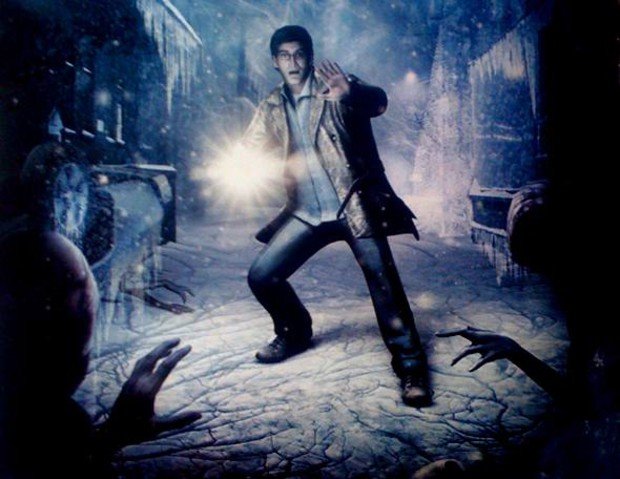 We are always having discussions about how women are portrayed in games, but what about men? I’m sorry, but most men are not brave, handsome, sexy, or confident. It’s refreshing to have a game that presents men in more of a realistic manner.

It’s not every day you find a game you can relate to. For me, Braid and Silent Hill: Shattered Memories are the only games to affect me emotionally. I find it sad that this game didn’t get the recognition it deserves, but as the time passes, SH: SM is becoming more, and more of a cult classic. It is truly one of my favorite games of all time.