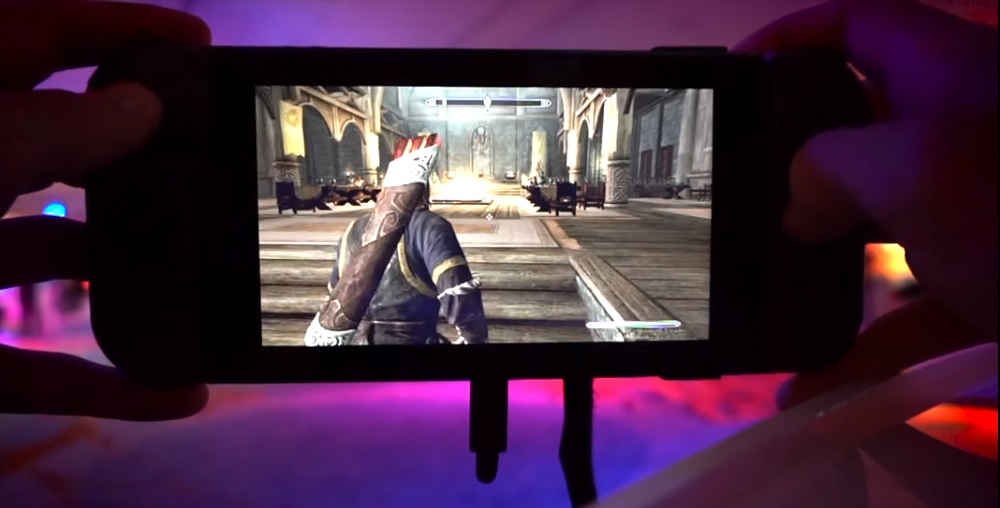 The Elder Scrolls V: Skyrim was announced for the Nintendo Switch way back at the start of the year. But now, footage of the game in action has surfaced out of San Diego Comic-Con.

The dude responsible for the clip is Youtuber FILIP, who shot the footage off-screen due to The Big N’s “No direct capture” rule. FILIP’s video also contains his impressions of the game, and he seems pleased with the quality of the port.

The Elder Scrolls V: Skyrim, which also features exclusive content and features, such as optional motion controls, a lockpicking mechanic, Zelda costumes and amiibo compatibility, is expected for release later this year.