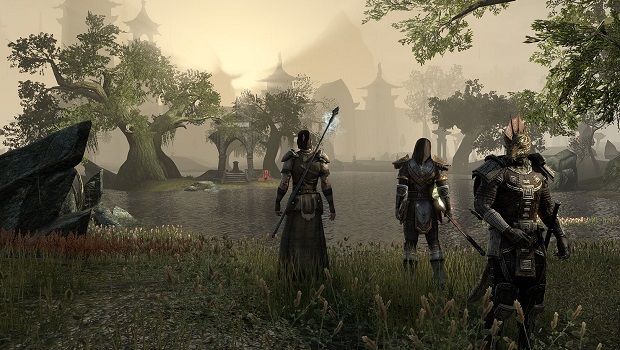 A Twitter Q&A session on the official PlayStation Blog has confirmed that a subscription to PlayStation Plus won’t be required to play The Elder Scrolls Online. Game director Matt Firor says that just the already confirmed monthly subscription will be needed for the PS4 version, along with the PC and Mac releases.

Matt answered a few other questions, revealing that players on PS4 won’t be on the same servers as PC/Mac players and that there will be separate “megaservers” for Europe and North America. There were some short answers about the DualShock 4 TouchPad, controller schemes, and how much hard drive space ESO would take.

Of course, there was no mention of the Xbox One version and the question of whether a Gold subscription would be required to play ESO but one would have to imagine paying the monthly sub and Xbox Live Gold on top of that would be too much for gamers. Bethesda has said it wants Microsoft to waive the Gold requirement but with no luck so far; I wonder if there will be a big difference in sales between the PS4 and Xbox One versions at launch.