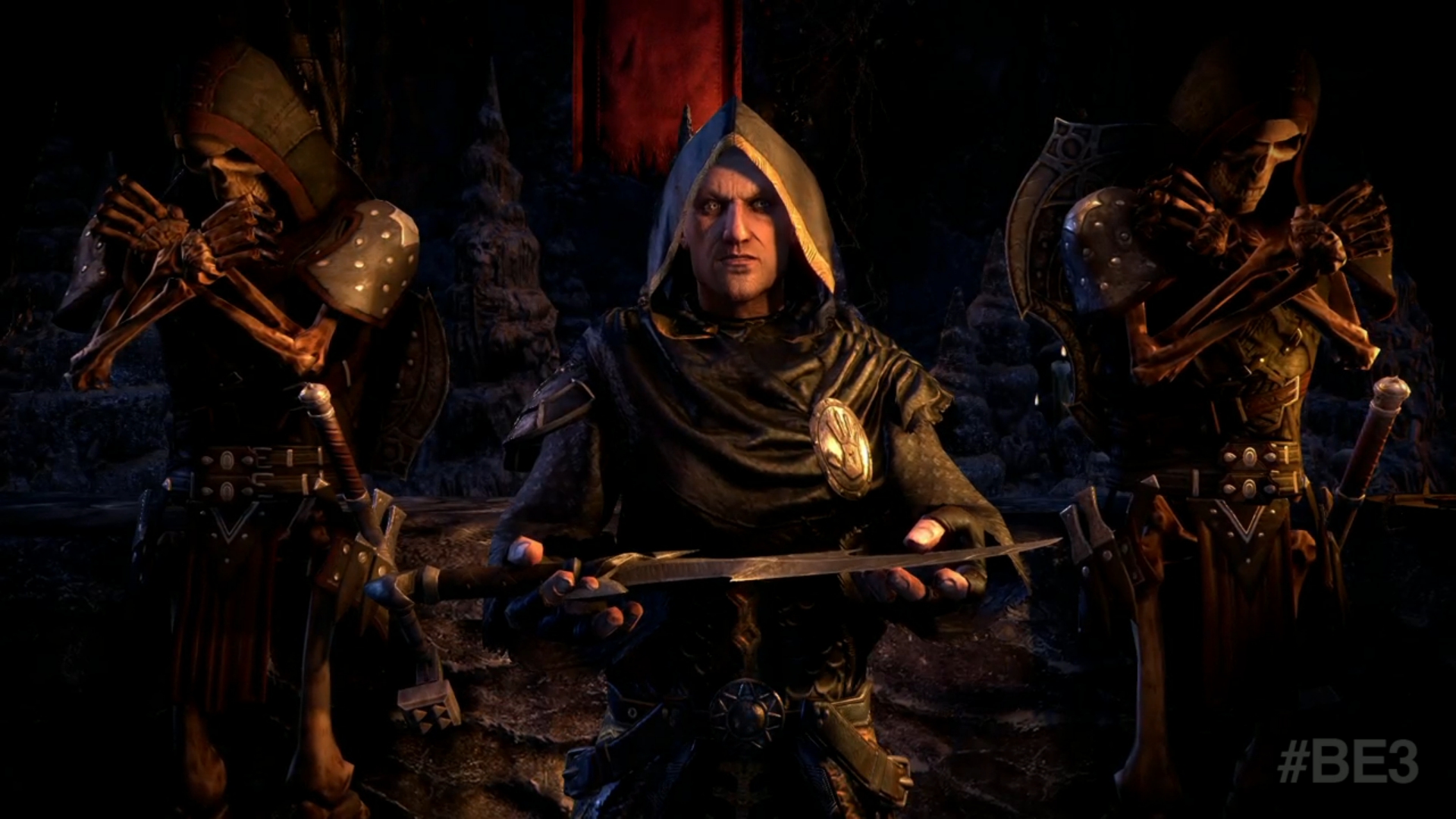 Two big showings dropped for fans of Bethesda’s massively multiplayer role-playing game The Elder Scrolls Online. The first was a trailer for the assassin-focused expansion, The Dark Brotherhood. There was a lot of stabby-stabby, like you’d expect.

The second received an arguably bigger reaction from the audience watching Bethesda’s E3 showcase. This fall, One Tamriel will be added to The Elder Scrolls Online. One Tamriel intends to streamline the experience, removing all content barriers. No longer will character levels and progression affect which quests can be played. Basically, it should be easier to do what you want and play with your friends, whether you’ve been at it since launch or are just getting into it. Neat.