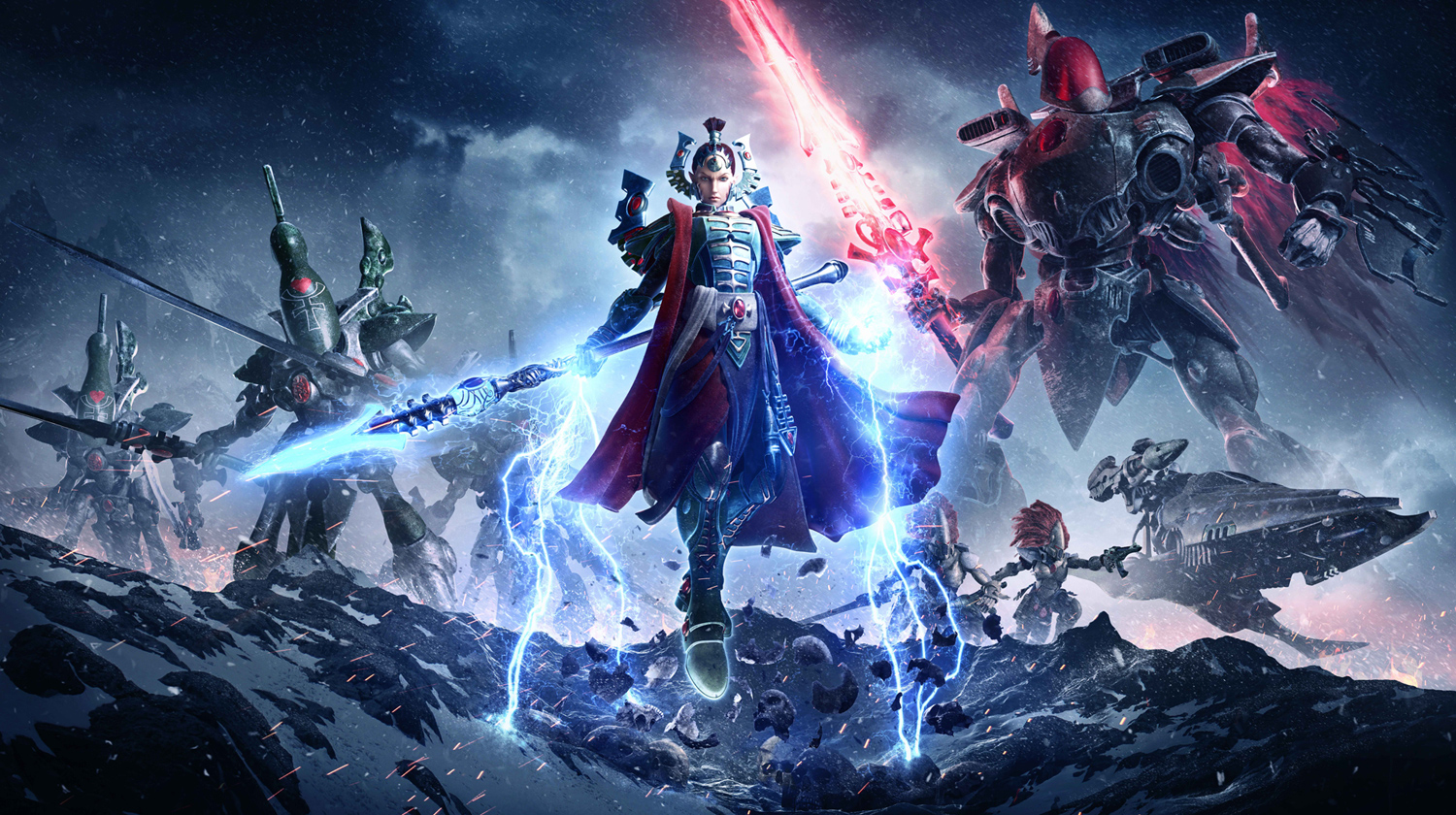 …I want to play as them!

To date, Relic has focused on the Space Marine side of Warhammer 40,000: Dawn of War III, but that’s only one of the playable factions in the campaign. We’ll also get to command the resourceful Orks and the oh-so-pesky Eldar. It’s now the latter’s turn in the spotlight.

Farseer Macha is returning for Dawn of War III and, um, are you awake enough for a lore dump? Here ya go! In this game’s story, she’s trying to preserve her kind, and that will once again put her up against Gabriel Angelos. That said, I won’t be surprised when a greater threat leads to a short-live alliance.

I’m not much of an Eldar player, but the Wraithknight Taldeer (the badass counterpart to the Space Marine’s Imperial Knight Solaria) has me strongly reconsidering this stance. Other confirmed units include Dire Avengers, Howling Banshees, Dark Reapers, Rangers, Shadow Spectres, and the Fire Prism.