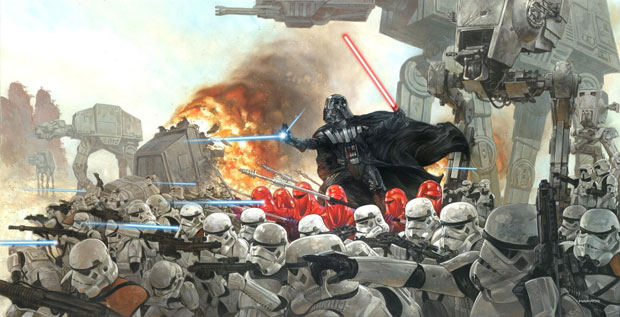 And now so do I

Omega Force has gotten its hands on properties like Gundam, One Piece, and now The Legend of Zelda and Dragon Quest — but, in an ideal world, the studio would be working on something bigger: Star Wars. Yes, a Star Wars Musou title. Can you even imagine? I’m sure you can.

“It’s a personal opinion but I’d love to work with Star Wars one day, if I got the chance,” Omega Force’s Akihiro Suzuki told Eurogamer.

Hyrule Warriors producer Hisashi Koinuma elaborated, saying: “It feels like something that has definitely been discussed amongst team members — even if it was just down the pub.”

At the Tokyo Game Show, Koinuma said he also dreams of one day using Mario. “There is a Smash Bros. coming out — we do see a lot of different characters coming together in an all-star roster — so hopefully in the long run we can work with Nintendo on something with a similar line, where we can provide or deliver something Nintendo can’t in a sense with their own IP.”

Be sure to read the full article which, among other things, talks about how Hyrule Warriors started off as more of a traditional Zelda game until Nintendo set the team on the right path.