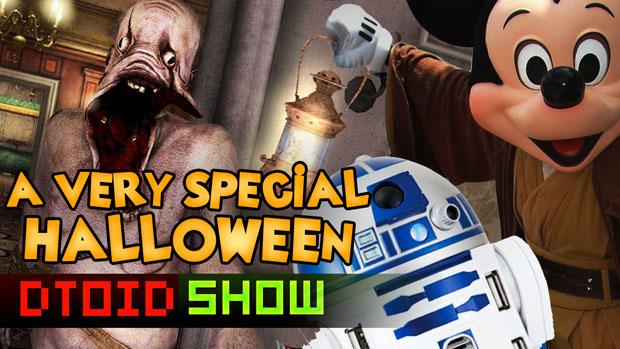 Happy Halloween everyone! On today’s SPOOKTACULAR episode of The Destructoid Show, we talk about some festively spooky video game stuff.

Because we didn’t report on it enough this week, Grand Theft Auto V is coming out this spring, officially. If you didn’t hear, you obviously don’t hang out with enough nerds — but Disney bought Lucasfilm, including Lucasarts, ILM, et al. The Wii U tried to scare us with some kind of ridiculous digital nonsense, but it’s more dumb than anything else. A bunch of spooky games got new trailers today including Amnesia: A Machine For Pigs, Until Dawn, and Castlevania: Mirror of Fate. Finally, Tara runs down a bunch of creepy, cheap, and short games to check out in honor of International Skeleton & Pumpkin Awareness Day.