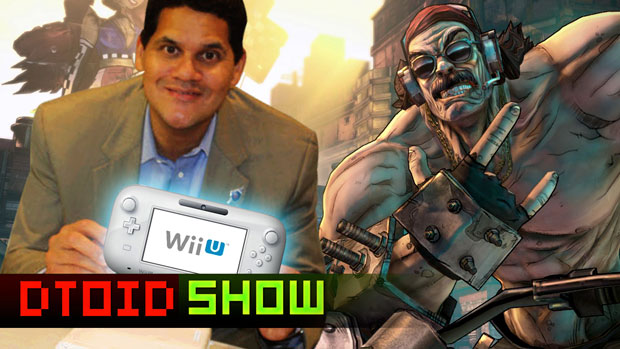 Also: I put Reggie in the thumbnail image

Hey guys! Because it’s hell-season, we didn’t go live today, but we do still have a show for you.

Borderlands 2‘s new DLC, “Mr. Torgue’s Campaign of Carnage,” is coming out next week, because you kids can’t get enough of that game apparently. Black Ops II sold as disgustingly much as we all expected it would, and in other obvious news, they’re making a Modern Warfare 4. Because nothing is sacred, the Splinter Cell and Deus Ex movies are moving forward.

Hey, also — that Wii U thing comes out this weekend. A lot of games have been pre-ordered, and TVii has been delayed until december.