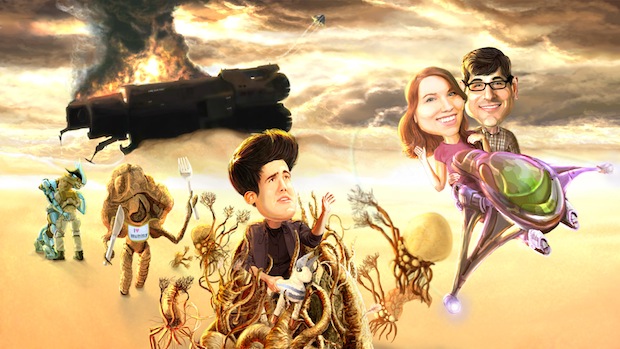 Greetings, travelers! The Destructoid show is back for its regularly-scheduled Monday episode, and boy, have we got news for you! (The answer is yes, in case you were wondering.)

First up, Alan’s Wake’s American Nightmare is shaping up nicely and inching ever so closely to a February-ish release date, while Star Wars: The Old Republic isn’t even out yet and already seems to be having server issues. On the other side of the internet, Steam’s annual holiday sale has officially begun and Pokémon + Nobunaga’s Ambition is totally a thing that is happening. Lastly, in Sony news, it looks like the PS Vita will be roughly the same size as the PSP, but not without its own set of problems.

Best of all, we announced a winner for our limited edition Xbox 360 Halo: Reach giveaway! A hearty congratulations to Marcelo Laborda for his (absolutely incredible) drawing. In fact, we were so impressed by all the entries that we made a separate post just so we could share them with you guys! Expect to see that up on the front page tonight.