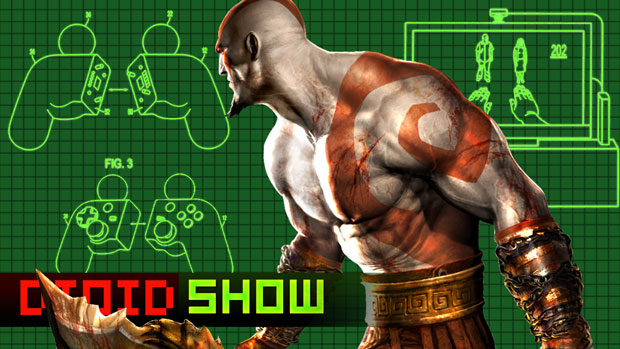 Also: The Wii U is awesome now.

We were live earlier today for The Destructoid Show, and if you missed it… Shame on you. But here’s a recording anyway.

Sony patented a new controller that’s kinda cool, but also stupid-looking. THQ’s in the latest Humble Bundle, and it’s making a killing. Guillermo Del Toro’s InSANE is still gonna happen, and unfortunately so is the God of War movie. Jim says the Wii U is great for Black Ops II and Nintendo Power is going away forever.