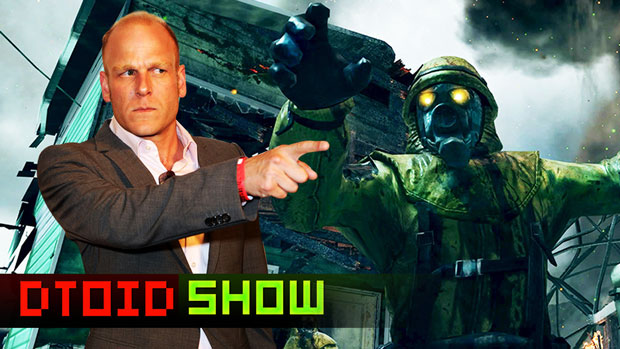 Hey gang! We’re back with another steaming pile of gaming news for your brain-holes!

A new Mass Effect game is in the works, and the exciting part is that it’s gonna be running Frostbite 2. Black Ops II comes out tomorrow, and it’s got some rather fussy terms of service. Plus, Nuketown’s now included with the season pass. Some kids from 4chan took a tour of Valve’s headquarters and got confirmation that Source Engine 2 is being made, from Gabe Newell himself. The Tomb Raider collector’s edition looks rather fancy, and hey, who’s this new guy at Revision3? Why, it’s ADAM SESSLER!