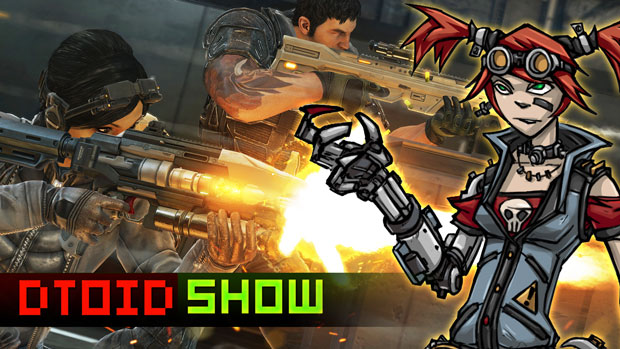 Plus, Apple makes another phone; people freak out.

Guys did you hear about that iPhone? It’s so amazing. We talked about that a little bit, I’m sorry, but we had to. It’s the internet. Of course, tomorrow, Nintendo’s having their big press event for the Wii U.

Borderlands 2 isn’t even out till next week, but we’ve got details about the Mechromancer DLC, Steam’s Greenight program sees its first graduating class, and Mega Man creator Keiji Inafune unveils his new game called Yaiba that involves ninjas, zombies and mecha. That Overstrike game that Insomniac’s been working on has surfaced again, except now it’s called Fuse, and it looks much more serious and uh. Generic. Also, Insomniac claims to be done with single-player games.