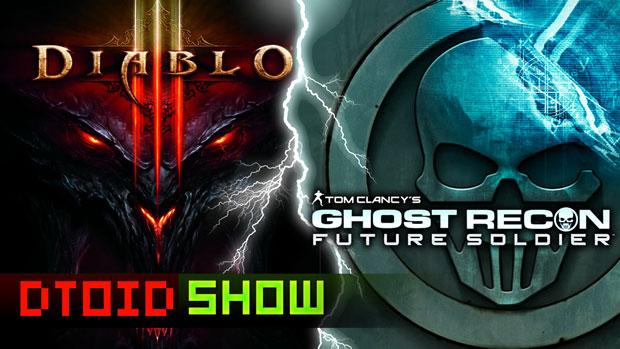 Hey guys! Here’s today’s Destructoid Show, the only show about video games on the internet. Ever. Don’t argue with me.

Today we talk about how Diablo III is the fastest selling PC game of all time, and how people are still griping about the nerfing and buffing and other class-warfare. Speaking of Diablo, the Marvel Heroes F2P MMO is being worked on by one of the dudes from Diablo I and II. Dale North checked out Lost Planet 3, which sounds fun because you get to kill aliens, as well as XCOM: Enemy Unknown, which also sounds fun because you get to kill aliens. Also, it’s got some pre-order bonuses, and the other XCOM game’s getting delayed.

After the break, we run down Maurice’s Tom Clancy’s Ghost Recon Future Soldier, which is a game that has too many words in its title. Seriously, video game companies, stop it. I will hit you.