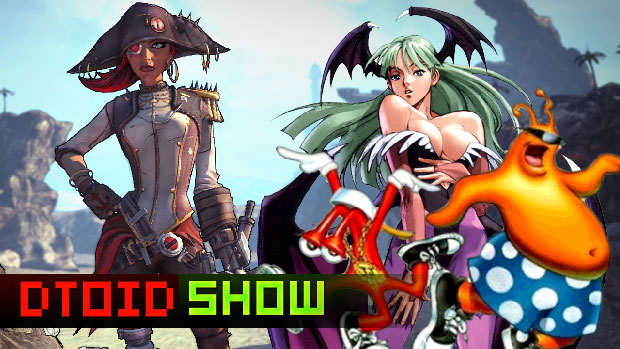 Today’s formerly-live Destructoid Show was a whopper! Of NEWS! Yes.

A bunch of stuff is coming to XBLA, PSN, and Steam (such as Serious Sam 3: BFE, Darkstalkers Resurrection, and Toejam & Earl) and Borderlands 2 and Mass Effect 3 are both getting some new DLC, and Rockstar Games is releasing a collection next month. Finally, Gaikai and OnLive both have stuff going on — for better or for worse.