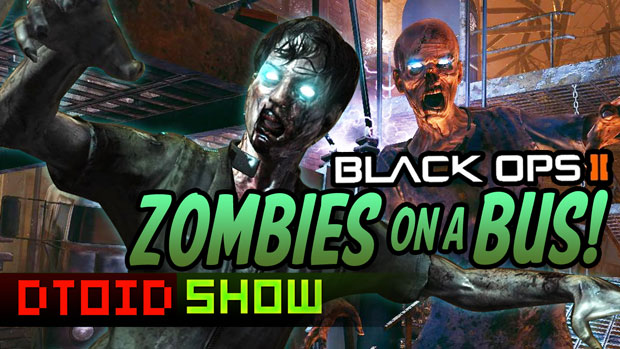 Some new details for Call of Duty: Black Ops II have been revealed, specifically the ZOMBIES mode, which sounds like it’s being given the love and attention it deserves. Also a bus. Playstation 3 owners are getting the last three Assassin’s Creed games bundled together as “The Ezio Trilogy,” and a Mass Effect Trilogy is being released for all platforms, and yes, this includes ME1 on PS3. Gamestop shuts off WiiU pre-orders and the WiiU launch-day titles have been announced, not to be confused with the launch-window titles. I talk a bit about Assassin’s Creed: Liberation, and hey! Sony’s Day 1 Digital is about releasing full games on PSN on the day they’re released! Crazy!