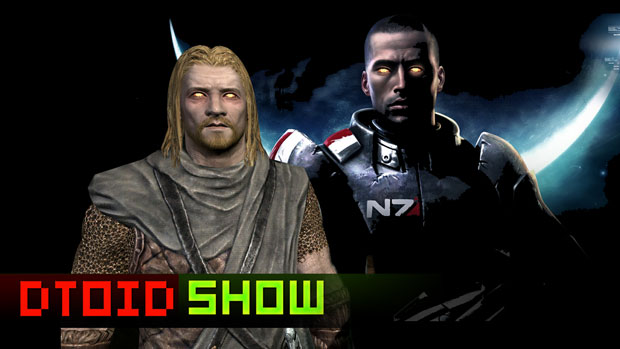 Hey guys! It’s Friday, so we did one of our LIVE Destructoid shows today. It was fun! Also, we actually had some interesting news.

Nintendo announced the new 3DS XL, now with 90% more screen. Fans disappointed by the lackluster ending of Mass Effect 3 can rest easy (maybe) because BioWare is dropping the Extended Cut DLC next week, which promises to tie up some loose ends. Diablo III has some weird new rules in place, and Hideo Kojima has confirmed Metal Gear Solid 5.

Apparently Nintendo’s three E3 press conferences this week weren’t enough, so they decided to have two more this week. A new Super Smash Bros. is on the way in conjunction with Namco Bandai. Pokemon Black & White 2 are coming to the states, and oh snap, paid Mario DLC. Also, there’s a Kingdom Hearts: Dream Drop Distance demo for download if you’re into games with names that make me embarrassed every time I say them out loud.