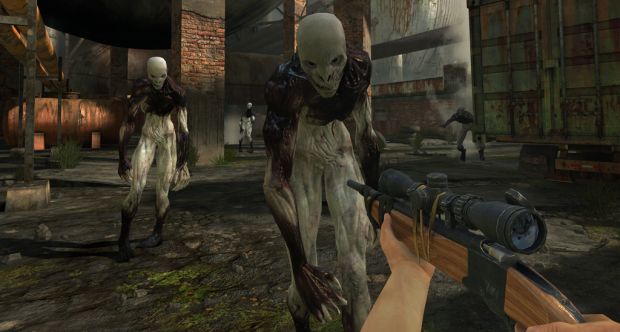 What was up with all those dead birds anyway?

The Drowning is an upcoming first-person shooter for mobile devices by Scattered Entertainment (previously known as ngmoco Sweden.) The often outspoken Ben Cousins is leading the development, and this early look at the game has some potential at being a promising console-quality FPS wrapped in the free-to-play model.

What has me really interested in The Drowning is really Ben Cousins. His previous line of work was on the Battlefield series for EA, and ever since joining ngmoco he’s not been shy of predicting the death of consoles. It’s been obvious to anyone that really pays attention to the gaming industry that the mobile market has seriously disrupted the console business. The future of gaming is harder to predict than ever before, and mobile devices will undoubtedly play a much larger role in how we play games in the near future.

And to me, the real key for the mobile market to absolutely take over is the need for an actual controller to be part of the standard package. Playing an FPS on mobile devices straight up sucks. More core console-like quality games will come when someone like Apple were to introduce an official controller. There are controllers compatible with mobile devices now but it’s only going to be when Apple makes an official product that game developers will actual have an incentive to include physical control options.

The Drowning looks promising, but if it has the same virtual thumbstick controls like all the other FPS games on the mobile market then I know I won’t give this much playtime.